Police on Monday morning interrogated two Jews and two Arabs who were involved in a violent brawl at a construction site in Ra’anana on Sunday that resulted in four injuries. The construction site reportedly belongs to Amdocs, a developer of billing apps.

The brawl that was escalating into the attempted-lynching of Jewish workmen by a large group of Arab day workers was stopped by a Jewish foreman who had rushed to at the site, pulled out his gun and prevented a much more serious incident.


It all started with an argument over the use of the construction site’s elevator, between several Arab workers and two Jewish locksmiths. The argument quickly escalated to an exchange of blows, with the Arabs enjoying a tremendous advantage in numbers. At a certain point, the Arab workers allegedly began to use bats, hammers, and iron blocks which they were using for their work at the site.

TV and radio host Yinon Magal tweeted Sunday night: “Two Jewish locksmiths were severely attacked by dozens of Arab workers at an Amdocs construction site in Ra’anana. The Arabs beat them with work tools, pickaxes, hoes, poles, etc. The Jewish foreman saved them when he arrived with a gun. The two wounded were evacuated to the hospital.”

Another foreman who was at the construction site at the time of the attempted lynching asked to maintain his anonymity out of fear for his life and told 103FM: “An employee called me and said – come quickly, they are closing in on us. I arrived and saw several dozen Arabs coming up and grabbing shovels and hoes and beating the daylights out of Jewish locksmiths.”

He said there was no special connection between all the Arabs: “They don’t work for the same contractor and aren’t from the same village. The only thing they had in common was being Arabs who got the opportunity to beat up Jews. If someone hadn’t come up with a gun, we would probably be at a funeral today.”

“There are Arabs here with murder in their eyes and the second there’s a chance – so why not?” the foreman said. 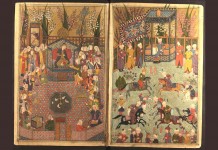 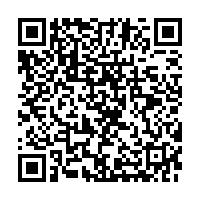