In an exclusive interview with the Jewish Press, Minister Ayoob Kara stated that Washington told Israel that peace talks that include the Saudi Arabian coalition are set to begin within a couple of months.  As a result of this phenomenon, he noted that Iran held the Sixth Annual Conference to support the Palestinian Intifada in order to sabotage regional efforts to establish peace.  He emphasized that because Abu Mazen needs the support of the Saudi Arabian Coalition or he will lose power, he did not participate in this Iranian sponsored conference: “He supports them and they support him. He will have a big problem if he goes for Iran.”

“We are going towards a new process where Iran is the enemy of all these sides,” Kara stated. “Saudi Arabia is not alone. Egypt is not alone. The Gulf States are not alone. Israel is not alone. All of them are against Iran. The Iranians are afraid of this and are trying to use the Palestinian issue for they think it is popular to use it against the US and Israel.  They are not successful for the Palestinians are Sunni. The Sunnis hate Iran and Iran hates the Sunni.”


According to a recent report by MEMRI, both the Palestinian Islamic Jihad and Hamas sent representatives to the Sixth Annual Conference to Support the Palestinian Intifada. However, Kara related that these terror groups did it for Iran is the regional center for all terror groups and supports their activities financially. Nevertheless, Kara stressed that Iran’s actions won’t be successful for the Sunni world does not trust Iran: “Iran can only stay with Hezbollah and Assad. This is the maximum.  Iran won’t be successful in any state in the Sunni coalition. Only the fundamentalists go for it because it is pivotal for terrorism. The rest want peace.”

“Iran wants to change the world to be Shia and then they want to occupy Israel and the West,” he related. “They think that Islam is the solution for the world. This begins with the Sunni areas and continues throughout the rest of world.”  According to Kara, while the Arabic language media speaks about Israel a lot, they actually are more focused right now on the Iranian threat for even though Iran speaks about destroying Israel, their efforts are more directed towards the Sunni countries.

“Once we move towards peace, we will find that Iran and the fundamentalists will take more actions against the peace process,” he stressed.  According to Kara, Trump’s efforts will include an outside-inside approach that will begin with a regional peace and only later on will include the Palestinian issue: “The PA will remain on the outside until they finish and make an agreement. In the end, they will find a solution for the Palestinian Authority.” 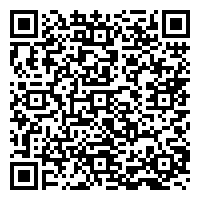