Prime Minister Netanyahu decided to appoint Minister of Science, Technology and Space Danny Danon (Likud), to be the new Israeli Ambassador to the UN, according to a Maariv report.

Danon and Netanyahu haven’t always had the smoothest of relationships.

Danon began in the Knesset in 2009 and was a deputy defense minister in the previous government, until Netanyahu fired him following their open dispute during Operation Protective Edge.

Over the years, Danon challenged Netanyahu a number of times for key positions in the Likud party, including the premiership.

This position gets Danon out of Netanyahu’s hair (and government) for a while, while putting Danon’s experience and ideology to work for Israel at the UN.

Danon thanked the Prime Minister for the position and for trusting him to represent Israel at the UN during such a challenging time.

Replacing Danon on the Likud list, will most likely be Canadian-born Sharon Haskel. 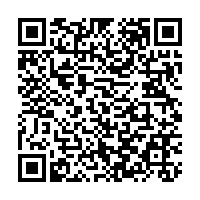