Danny Danon ‘Going Where No Minister Has Gone Before’

Likud activist Danny Danon has received what could be the most creative appointment in the entire government – at least, according to several thousand Facebook members.

That last especially has inspired a plethora of posts, and at least one Hebrew page on Facebook entitled “Danny Danon – Minister of Space” by creative artists Nimrod Zook, Raz Tzipris and friends.

“Space, the final frontier. These are the voyages of Danny Danon. His mission: to explore strange new worlds, to seek out new life and new civilizations, to boldly go where no man has gone before.”

Yes indeed, Trekkers, and Danon is Photoshopped straight into a blue Star Trek uniform and Spock persona, no less.

Another Photoshop special shows the ubiquitous Israeli leader enthusiastically looking ahead with his new “deputy minister,” Yoda of Star Wars, peering over his shoulder from behind.

And then of course there is Danon-as-Astronaut…

Danon brushed off concerns about the memes in a radio interview Sunday for Galei Tzahal Army Radio.

“If I bothered to look at every single thing people were saying about me on social media each day I wouldn’t be able to get up in the morning,” Danon said.

“There’s a lot being said, a lot of criticism about the new government… but we were given a mandate by those who elected us, so let’s get down to work. If in a few months from now you tell us that we’ve failed – well, then you’ll have a case.” 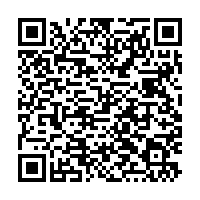