The Israel Observatory on Femicide (IOF) headed by Dr. Shalva Weil at the Hebrew University of Jerusalem (HU)’s Seymour Fox School of Education has released their year-end report on femicide, the murder of women. The 2021 report points to cautious optimism regarding data on the murder of women in Israel by their partners and family members. The number of femicide deaths—16—constitutes a 24% drop from 2020’s figures, contrary to the hyperbole and false figures often shared by politicians and media outlets.

However, the report also points to a troubling increase in the murder of mothers by their sons, which constituted a quarter of all femicide cases in Israel in 2021.

The IOF provides qualitative and quantitative data on femicide. Femicide is a hate crime, in which women or girls are intentionally killed because they are female. For the purpose of this report, Israeli women who were murdered for other reasons—either accidentally or as the result of a crime or non-women-specific violence—were omitted. Further, several incidents which at first appeared to be femicide turned out to be suicide and the suspects were released, whereas murders which at first appeared to be random killings turned out to be femicides.

Overall, there were 16 femicides in Israel in 2021, down from 21 murders in 2020, during the lockdown period at the start of the COVID-19 pandemic. Of the 16 cases, six were perpetrated by the women’s partners, four by their sons (matricide), and two by their brothers. In four of the 2021 femicide cases, the identity of the murderers is still unknown.

“There are several explanations for the decrease in Israel’s femicide rate in 2021. One is the end of the strict coronavirus lockdowns. Another is the unprecedented media coverage on the subject of femicide and the significant work being done by Israel’s feminist organizations and associations. Additionally, this year saw several harsh verdicts for perpetrators, which may have acted as a deterrent,” explained Weil.

Here are several more key findings from the 2021 Femicide Report:

“We have to recognize femicide as a pandemic—as lethal as is COVID-19, and to allocate funds to eliminate these acts of violence. Further, we must educate our fellow citizens to respect their elderly mothers. One of the most alarming features of femicide in 2021 is the increased rate of mothers murdered by their sons,” concluded Weil.

The IOF data was gathered from local and national media reports and cross-checked with police databases, women’s organizations, and parliamentary reports. To comply with international guidelines, femicide data was restricted to victims aged 18 and older. Victims aged 17 and below who were murdered by adult partners were omitted from these statistics. 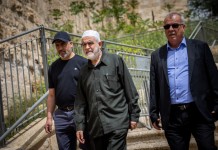 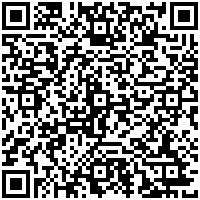