PM Naftali Bennett has decided to close the Temple Mount to Jews starting this Friday (or latest, this Sunday), until the end of Ramadan. The Temple Mount is the Jewish people’s holiest site.

According to Temple Mount activist Tom Nisani from Beyadenu, who spoke with JewishPress.com, Israeli police will also be removed from the Temple Mount. The Temple Mount will be closed to non-Muslims for at least a week-and-a-half. This end-of-Ramadan closure typically coincides with increased Muslim violence and riots on the Temple Mount and in Jerusalem.

Conveniently, the closure also coincides with the first demand by Mansour Abbas and his Islamic Ra’am party, as a condition for their return to Bennett’s coalition. That demand is the end to all Jewish prayer on the Temple Mount.

Despite the poor optics for Bennett, and unfortunately for those who are accusing exclusively Bennett of capitulating to his Islamic partners and the government of Jordan, this closure is normal (sic) discrimination against Jews.

For the past few year, the Temple Mount has been closed to Jews at the end of Ramadan for 7-10 days, so as not to upset the Muslims, with the false hope they won’t get even more violent if they don’t see any Jews or Israeli police on the Temple Mount.

In a politically cynical move, Bennett’s Yamina party are calling this the “Netanyahu Outline” without acknowledging that once again Bennett’s government is simply duplicating Netanyahu’s policies and not improving on anything Netanyahu did wrong.

Just as consistent are Religious Zionist MKs Bezalel Smotrich and Itamar Ben-Gvir who have strongly criticized both this and previous governments for their decisions to close the Temple Mount to Jews in capitulation to Arab terror.

But what’s also interesting is that both Bennett and Abbas already knew the Temple Mount would be closed to Jews, so that made Ra’am’s first demand an easy condition for both of them to reach, without looking like they even negotiated.

An Israbluff as they say in Israel, or in this case, and Islamibluff. 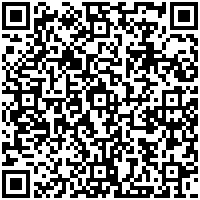