The head of the Samaria Council Yossi Dagan has dispatched a scathing letter to the President of the European Commission, demanding that she end funding to campaigns that he warned could lead to anti-Semitism against Israelis living in Judea and Samaria.

Following the exposure of foreign funding for the “Violent Settlers” campaign against Israelis in Judea and Samaria, Dagan sent a missive to the President of the European Commission Ursula von der Leyen demanding the immediate cessation of funding for the campaign. According to reports, the European Union has dedicated NIS 1 million through the Breaking the Silence organization for this media campaign.


In the letter, Dagan warned that “recently, a campaign has been conducted in Israel that could lead to anti-Semitism, by far-left Israeli radical organizations, which accuse the Jews of Judea and Samaria of violence.”

The campaign is “false and inciting” and “marks a large population of about half a million people with false accusations solely because they are Jews living in Judea and Samaria. This is a campaign that takes the victims, who are murdered and suffer daily from severe Arab terrorism, and portrays them as violent,” Dagan wrote.

The EU funding for such campaigns is shocking, he noted. “It was recently revealed that the EU is behind the funding of the abusive campaign. Beyond the deep insolence in which the Union Commission allows itself to intervene rudely and incite against Israeli citizens, the organization is participating in a false and fabricated campaign, between which it and the reality on the ground there is not a single gram of truth,” Dagan added.

According to data published by the IDF, which Dagan cited in his letter, in 2020, there were about 4,000 cases of stone-throwing at Jews throughout Judea and Samaria. In 2021, there was a sharp increase in the number of attempted murders of Jews when about 5,500 were reported. This is an attempted murder of a Jew every other hour on average. In the territories of the Samaria Regional Council alone, there was a 45% increase compared to the previous year in terrorist incidents. Of all the recorded incidents of violence in Judea and Samaria, only 1.4% are committed by Jews against Arabs, while the remaining 98% are of Arab violence against Jews.

In addition, quite a few of the reports presented in the media by far-left organizations as part of the “Settler Violence” campaign turn out time and time again to be fabricated or misleading, he pointed out. For example, a report of a shattered tombstone in the Palestinian village of Burka in January 2022 turned out to be false, and no complaint had been filed with the police on this issue.

The letter also accused the EU of incitement. “We take very seriously the EU’s support for a campaign that could lead to anti-Semitism, including a ‘double standard’ towards those who are Jews. Half a million Jews live in Judea and Samaria. Crime to one degree or another exists in every population, and here it is one of the lowest crime rates in the world, but due to the double standard applied here towards non-Jews, unlike any other region in the world, the EU is helping an inciting campaign to ‘stop the violence.’ A ‘double standard’ towards a Jew is one of the characteristics of modern anti-Semitism,” Dagan cautioned.

Dagan further explained in the letter that such campaigns obscure attempts at coexistence in the region. “The campaign you are funding with European taxpayer money takes us back to dark times in European history, in which Jews faced false accusations. The Jews of Judea and Samaria are in fact known as benefactors, helping anyone who seeks aid, with Arabs from nearby villages working side by side in the industrial areas of Judea and Samaria with the settlers,” Dagan said.

At the end of his letter, he demanded an end to the funding and asked to meet with the president to present his case.

“We demand that the European Union immediately cease from collaborating with radical organizations that harm the victims of terrorism in Judea and Samaria, and distort and lie about the truth that shows one thing is clear – the Arab population continues its murderous actions against the Jewish population without restraint, “Dagan concluded. 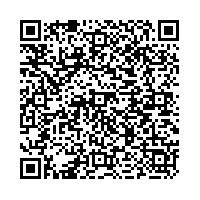