Prime Minister Benjamin Netanyahu fought off critics of the Nationality (Jewish Nation State) Law at the cabinet meeting on Sunday.

Individual rights, Netanyahu said, are anchored in many of the Jewish state’s (existing) laws, but not so Jewish national rights. No on was harmed by the Nationality Law and no one intends to to harm anyone’s individual rights.


Without the Nationality Law it is impossible to guarantee for generations that Israel will remain a Jewish state, the prime minister declared.

He added that the government will establish a special ministerial committee to recognize the contribution to the security of Israel [by Druze and other minorities in Israel].

On Saturday night, tens of thousands of Druze and Israeli held a rally against the Nationality Law in Tel Aviv’s Rabin’s Square.

Translation of the statement at the cabinet meeting:

The State of Israel is the national state of the Jewish people. Israel is a Jewish and democratic state. Individual rights are anchored in many laws including Basic Law: Human Dignity and Liberty.

Nobody has harmed – and nobody intends to harm – these individual rights but without the Nation-State Law it will be impossible to ensure for [future] generations the future of Israel as a Jewish national state.

The Nation-State Law, first of all, entrenches the Law of Return. It raises it to another level and this law, of course, grants an automatic right to Jews, and only to them, to come here and receive citizenship. The Nation-State Law, for example, prevents the exploitation of the family reunification clause under which very, very many Palestinians have been absorbed into the country since the Oslo agreement, and this law helps prevent the continued uncontrolled entry into Israel of Palestinians. It could be that this law will also be able to assist us in blocking the future entry of labor migrants.

These and other things are happening because the laws of the state anchored in basic laws only individual rights without any constitutional balance vis-à-vis our national component; therefore, we legislated the Nation-State Law in order to ensure the existence of the State of Israel as a state that is not only democratic but as the national state of the Jewish people and of it alone. This is necessary not only for our generation but for the coming generations.

The deep bond between the Druze community and our commitment to it are also essential; therefore, today we will establish a special ministerial committee to advance this bond and this commitment and at the same time will appreciate those of all religions and all ethnic communities who serve in the IDF and the security forces. 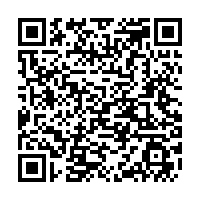