Denisa, one of the world’s four oldest giraffes in captivity, Denisa, the mother of 11 of the Ramat Gan Safari Giraffe community, died at age 31 on Thursday.

Denisa was born in a zoo in the Netherlands in 1990, and at the age of two was brought to the safari in Ramat Gan.

Giraffes live in the wild until the age of 15 and in zoos, they reach the ages of 20-25 on average. According to the Ramat Gan Safari’s Facebook page, it’s rare for a giraffe to reach such an extreme age. Brindisi, a resident of the Zoo in the Czech Republic town op Dvůr Králové nad Labem was born five days before the late Denisa.

Despite her advanced age, Denisa was healthy, strong, and vital, if somewhat slow in her last year. Her attendant at the Safari told Reshet Bet radio on Thursday that they used to keep all the other giraffes away while Denisa was pacing slowly to receive treats. He remembered the elderly giraffe as being exceptionally sweet and mild-mannered, especially towards children who fed her.

The same employee described the giraffe community assembling around the dying Denisa, who enjoyed a revitalized few weeks before her death, a kind of swan’s song, as he put it.

Did you know giraffes are kosher?

According to our friends at Chabad.org, since giraffes chew their cud and have split hooves, they are technically kosher animals (R. Saadia Gaon believed that the Zemer mentioned in the list of kosher animals in Deut. 14:4 is the giraffe). And so, if we found a way to properly slaughter, devein, and salt a giraffe according to Jewish law, its meat would be kosher.

Chabad.org also debunks the urban myth that the reason we don’t serve giraffe meat has to do with the difficulty in finding the precise spot along its neck where the shochet should cut it. No such thing. The reason we don’t sell giraffe meat is that they are a protected species and it would be against the law to kill them for any reason, not just for our Shabbat cholent.

I suggested cholent because I expect the giraffe meat is very tough and would require hours of slow cooking. 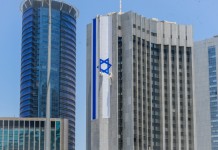 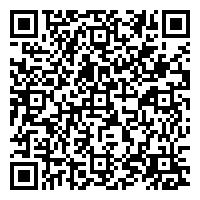