Dr. Mikael Dolsten, President of medical research and development of the American Pharmaceutical company Pfizer, on Thursday told the Associated Press that early data from his company’s booster study show that individuals’ antibody levels rise “five- to 10-fold” following a third dose of the coronavirus vaccine, compared to the second dose they received earlier this year.

This is the reason Pfizer is planning to seek the Food and Drug Administration’s approval in August for the third dose of its COVID-19 vaccine, claiming a third shot within 12 months could boost immunity dramatically and even increase resistance to the latest coronavirus mutations.


But Dr. William Schaffner, a vaccine expert at Vanderbilt University Medical Center, told the AP that the vaccines were initially created “to keep us out of the hospital” and warned that offering a third dose to the general population would require “a huge effort while we are at the moment striving to get people the first dose.”

Dr. William Schaffner suggested the world’s healthcare authorities will have to decide if this is the time to invest in a third dose when millions have yet to receive their first.

Reflecting Schaffner’s skeptical view, the FDA and the Centers for Disease Control and Prevention said in a joint statement Thursday that they are “engaged in a science-based, rigorous process to consider whether or when a booster might be necessary,” and would consider Pfizer’s recommendation—but not exclusively— when “the science demonstrates that they are needed.”

Walensky told reporters on Thursday that hospitalizations in the US in recent weeks have been rising 7% from the previous seven-day average.

Thursday night, Prime Minister Naftali Bennett held another consultation with the Ministries of Health and Finance and the National Security Agency on whether to offer a third dose to all the already vaccinated Israelis. It was decided to wait for the results of the tests conducted by Pfizer and the FDA regarding the decrease in vaccine effectiveness, as well as the results of a test being conducted by the Health Ministry on the decrease in the immunity of vaccinated Israelis.

Bennett government senior officials have also decided to examine the possibility of an early delivery of millions of Pfizer vaccine doses that are currently due to be delivered in January and February – in favor of an earlier third dose of the vaccine in the coming months. 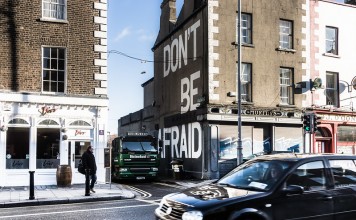