Jerzy Brzeczek, a former captain of Poland’s national team who used to play for Maccabi Haifa, was picked as the Polish team’s new coach, after coach Adam Nawalka’s contract was not extended due to Poland’s poor World Cup performance, the Polish Football Association said in a statement on Thursday.

Brzeczek, a midfielder, was part of the team that won the silver medal at the 1992 Barcelona Olympic Games. His most recent job was coach of Wisla Plock, a top Polish league team.


In 1995, Brzeczek left Poland to play in the Austrian league, and in 1999 he came to Israel and signed with Maccabi Haifa. He played two seasons, at the end of which, in 2000, he asked to be released from the team for family reasons.

Maccabi Haifa sold his player card to the Austrian team Tyrol Innsbruck for $550,000.

Coach Nawalka will step down July 31, following his team’s poor performance in the 2018 World Cup in Russia. The Poles lost their two opening games – 2-1 to Senegal and 3-0 to Colombia, then managed to scrape a 1-0 victory over Japan. They did not make it to the knockout round.

“We will try to build a national team in a new way,” said Zbigniew Boniek, of the Poland Football Association. 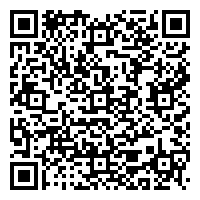