The Department for Investigations of Police Officers at the State Attorney’s Office on Thursday filed an indictment at the Jerusalem District Court against a 20-year-old border police officer for the May 30, 2020, reckless manslaughter of Eyad al-Hallaq, 32, an autistic Arab man, after the latter had failed to stop at the Lions’ Gate checkpoint in Jerusalem when he was ordered to do so by officers stationed nearby. The man fled from the area and police gave chase, during which at least seven shots were fired in his direction.

According to media reports, al-Hallaq and his teacher were walking to the Lions’ Gate checkpoint on their way to a center that provides services for children and adults with disabilities. When he stepped through the Gate, the officers became suspicious because he stuck his hand in his pocket (he was reaching for his cell phone – DI). He did not understand the officers’ order to stop, and instead fled and hid in a garbage structure. His teacher tried to tell police that al-Hallaq was disabled and asked them to check his identity, but at some point, the officers opened fire.


Israel Police issued a statement at the time, claiming that the officers believed al-Hallaq was carrying a weapon. When he failed to obey their calls to halt, the officers gave chase. Local media reported that the man was chased into a dead-end alley, where a senior officer ordered his men not to shoot. But one officer reportedly ignored the order and fired six or seven shots from an M-16 rifle, killing al-Hallaq. A later search did not show a weapon on his person.

Attorneys Liat Yunnyan and Keren Lavie from the Department for Investigations of Police Officers noted: “This is a difficult and unfortunate event that resulted in the death of a young man with special needs. The decision to prosecute the shooting officer was made after an in-depth examination of the evidence, weighing the totality of the circumstances of the incident and the allegations heard in the police officer’s interrogation. The policeman fired at Eyad when the deceased did not hold anything in his hands and did not perform an action that justified the shooting. The policeman shot at him while taking an unreasonable risk that he would cause his death and therefore it was found, as stated, that there is room to prosecute him.”

The United Nations’ Office of the High Commissioner for Human Rights called the killing another case of “the routine use of lethal force by Israeli Security forces against Palestinians in Gaza and in the West Bank, including East Jerusalem.”

Prime Minister Benjamin Netanyahu called the incident a “tragedy” on June 7, 2020, and expressed his condolences. He added that he “expected a full investigation into the matter.” 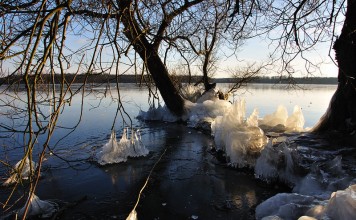