“David Rubinger, our dear friend, left us this morning,” Israeli President Reuven Rivlin said in a statement Thursday. “There are those who write the pages of history, and there are those who illustrate them through their camera’s lens. Through his photography, David eternalized history as it will be forever etched in our memories. His work will always be felt as it is seen in the eyes of the paratroopers as they looked upon the Western Wall, and in the expressions on the faces of the leaders of Israel, which he captured during the highest of highs and lowest of lows.

“When I entered the President’s Office, I hung on the wall a picture he took of Ben Gurion. David came to visit with a special signed copy and helped me hang it in its place, alongside a picture the of Jabotinsky which has been with me throughout the years.


“I will continue to carry the image of David Rubinger with me, armed with his faithful camera.”

David Rubinger (June 24, 1924 – March 2, 2017) was the Israeli photographer who shot the famous photo of three Israeli paratroopers after the liberation of the Western Wall on the third day of the Six-Day War. The late President Shimon Peres called Rubinger “the photographer of the nation in the making.”

As Time–Life’s primary photographer for the Middle East, Rubinger covered all of Israel’s wars and was given unprecedented access to governmental leaders – he was the only photographer allowed in the Knesset cafeteria. With the sort of access and exposure that allows the subjects to disregard the photographer’s presence, Rubinger was able to take memorable photos of Golda Meir feeding her granddaughter, or Yitzhak and Leah Rabin in a quiet moment.

In 1997, Rubinger was awarded the Israel Prize, becoming the first photographer to receive the award. 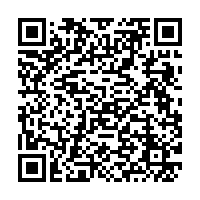