A teenage Arab terrorist was stopped from killing innocent people Wednesday afternoon as they were waiting for buses and other transportation pickups at the Gush Etzion junction.

The attacker, an older female Arab teen, drove her car directly at the bus stop.

IDF soldiers permanently stationed at the site immediately opened fire to neutralize the threat, causing the attacker to lose control of the vehicle.

The car crashed into iron posts that were installed in front of the bus stop as a protective measure precisely for such an attack.

Magen David Adom emergency response medics treated a 28-year-old woman in advanced stages of pregnancy for shock as a result of the attack, and then transported her to a hospital in Jerusalem.

The terrorist, identified as Fatmah Taqatqa from the nearby Arab village of Beit Fajar, was critically injured due to the crash and gunfire. She was treated by IDF personnel at the scene and then evacuated to a hospital, MDA reported. 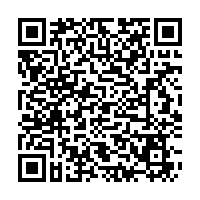