Japan remains undefeated through the first two rounds of the World Baseball Classic, with its 8-3 win over Israel Wednesday at the Tokyo Dome, MLB. Com reported. The two-time champions will play the for their fourth consecutive tournament semifinals in LA’s Dodger Stadium. Japan will play the second-place team from Pool F on Tuesday.

The most impressive player on the Israeli team was right-hander Josh Zeid, who shutout the Japanese for four innings in his first start of the World Baseball Classic. Zeid worked as a reliever for Israel in its first five games, but manager Jerry Weinstein decided to appoint the 29-year-old to be Israel’s miracle worker.

In the bottom of the 5th inning, Weinstein decided to replace Zeid with Dylan Axelrod, and the game went downhill from there. In the bottom of the 6th, Yoshitomo Tsutsugoh homered on a fly ball to center field – 1-0 Japan. Things just got horribly out of hand, until, with Japan leading 4-0, with the bases loaded, the second relief pitcher in the inning, Alex Katz, hit Norichika Aoki to walk in the 5th run.

The Israeli team woke up in the 9th and scored three runs, on a single from Ike Davis, a pitcher’s error, and a Ryan Lavarnway double to left. 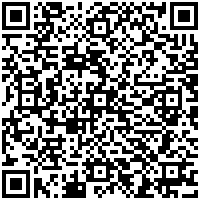