While Religious Zionism Chairman MK Bezalel Smotrich is trying to pull in the old Yamina voters by courting rogue MK Amichai Chikli, his rival, Otzma Yehudit Chairman MK Itamar Ben Gvir has just scored a coup by securing the fourth spot in the Otzma Yehudit slate for Rabbi Amichai Eliyahu, Chairman of the Association of Community Rabbis, with hundreds of member communities, one of the founders of a rabbinical court dedicated to the protection against sexual abuse by people in authority, and the son of Rabbi Shmuel Eliyahu, Chief Rabbi of Tzfat, and grandson of former Chief Rabbi Mordechai Eliyahu.

Rabbi Amichai Eliyahu, 43, married with six children, a resident of Rimonim, near Jerusalem, is about as close as one gets to nobility in the religious Zionist community. He was born in Jerusalem and graduated from Tel Aviv, Tsfat, and Har Hamor Yeshivas, and is engaged in a tireless effort to bridge the religious, traditional, and secular communities in Israel.

As part of his Hesder Yeshiva studies, Rabbi Eliyahu enlisted for combat service in the IDF paratroopers brigade and fought in the Second Lebanon War. After his discharge, he began to teach Talmud at a high school yeshiva in Haspin [Hispin] and later established a Garin Torani in Migdal Ha’Emek (literally “Torah nucleus,” the Garin Torani is a group of religious Zionist individuals and families who settle in communities to strengthen their connection to religious Judaism, promote integration, and bring about social change – DI).

He then founded the Association of Community Rabbis, uniting 350 synagogue rabbis throughout Israel. He also founded Shdarim (plural for the Rabbis’ emissaries – DI), which deals with the connection between Israeli Jews and the Diaspora and the absorption of Aliyah employing Jewish values. He also founded Tzav Echad to protect the religious rights of IDF soldiers.

Otzma Yehudit Chairman Ben Gvir said: “This is a historic moment for religious Zionism. Rabbi Amichai Eliyahu is the authentic representative of the people who wear the knitted and transparent kippahs who fight for Jewish identity, continuing the tradition of his grandfather and father in loving every Jew and Jewess while truly connecting with the people of Israel.”

And now, we wait for the first polls to reflect this amazing coup, with the biggest question being: can Smotrich and Ben Gvir divide the traditional 12 mandates awarded to the heirs of the historic NRP with both their factions ending above the 3.25% vote threshold? 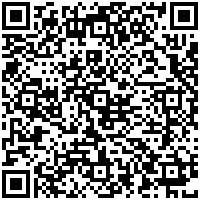