Kibbutz Megiddo, founded by members of the Hashomer Hatzair movement in 1949, on Sunday inaugurated the first synagogue since its founding.

Hashomer Hatzair, which began as a Marxist-Zionist movement, is a member of the International Falcon Movement – Socialist Education International. It has been staunchly secular and anti-religious — viewing itself as a leader of a legitimate form of secular Judaism.

Council Head Holavsky welcomed the opening of the Kibbutz synagogue, saying: “To inaugurate a synagogue in Hashomer Hatzair Kibbutz is a special and exciting event. In my worldview, I respect and cherish all the streams of Judaism. Everyone should live together with respect and without any coercion. Our sages already said that ‘Derech Eretz (proper behavior) preceded the Torah.’ Judaism for me is a whole world of heritage values ​​and morals.”

The idea of ​​building the synagogue was suggested as early as 20 years ago by some kibbutz members, but only about a year and a half ago did the supporters of the venture succeed in winning the kibbutz committee’s approval, in a four against three vote. It the still took some efforts to erect the new building, with the help of Ayelet Hashachar. The synagogue will serve the residents of the kibbutz and its neighbors.

Kibbutz Megiddo, which belongs to Ha’Kibbutz Ha’Artzi (national kibbutz) movement, is located in the Jezreel Valley, in the Megiddo Regional Council. It was founded in 1949 by Holocaust survivors and partisans from Poland and Hungary who immigrated to Israel. In the mid-1950s, a group of olim from South America joined the founders. In 2003, the kibbutz was privatized, and began to run as a community settlement with some 450 residents. In 2008, the kibbutz added an exterior neighborhood called New Megiddo, or, as the locals call it, “the extension,” where more than 120 families are living. Obviously, they, too, will enjoy the new synagogue.

“It was a dream of mine and other members of the kibbutz, and now that dream came true,” Zahava Zalmanovich, a kibbutz member for 38 years, told Israel Hayom. “My husband’s father was one of the founders of the kibbutz and this is where our children were born. For years, I traveled to celebrate the Jewish holidays with my parents, while this venture slowly materialized.”

“Why should we schlep to other cities for a bar mitzvah or holiday?” Zalmanovich asked. “Now there’s a place for us to go up to the Torah.” 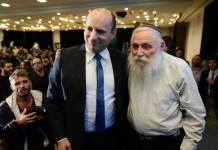 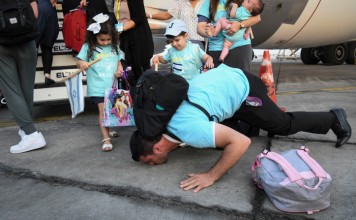 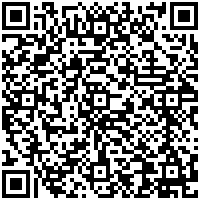