Thousands of members of the Bnei Menashe community from across northeastern India gathered Tuesday in Churachandpur, in the south-western corner of the Indian state of Manipur, to light candles for the first night of Hanukkah.

The Bnei Menashe are made up of Mizo, Kuki and Chin peoples, who speak Tibeto-Burman languages, and whose ancestors migrated into northeast India from Burma in the 17th and 18th centuries. In the late 20th century, Israeli Rabbi Eliyahu Avichail of the group Amishav named them Bnei Menashe, based on their account of descent from Menasheh.

A DNA testing done in 2003 and 2004 of several hundred men of this group showed no evidence of Middle Eastern ancestry. Israel initially refused immigration by Bnei Menashe, but then the Chief Sephardi Rabbi of Israel, Rabbi Shlomo Amar ruled in 2005 that the Bnei Menashe are descendants of a lost tribe, allowing their Aliyah following an Orthodox conversion.

“The story of the Maccabees’ heroic determination to preserve their Jewish identity resonates strongly with the Bnei Menashe, who – against all odds and with tremendous effort – have managed to cling to their faith and that of their ancestors through the centuries,” said Shavei Israel Founder and Chairman Michael Freund. “Even in far-off India, the flame of Jewish survival continues to burn brightly.”

Freund added: “We pray that this will be the last Hanukkah they celebrate in India. Next year in Israel!”

The Bnei Menashe claim to be descendants of the tribe of Manasheh, one of the Ten Lost Tribes exiled from the Land of Israel more than 2,700 years ago by the Assyrian empire.

So far, some 3,000 Bnei Menashe have made Aliyah over the past 15 years, with the help of Shavei Israel –including more than 250 in 2017. Another 7,000 Bnei Menashe remain in India waiting for an opportunity to return home to Zion. 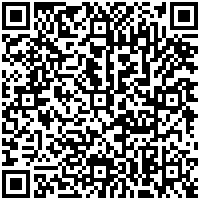