The right-wing opposition parties have decided to submit a bill to dissolve the Knesset on the agenda on Wednesday, but withdraw it before the vote should they find out that MK Nir Orbach is not planning to support it. Orbach is Prime Minister Naftali Bennett’s Yamina faction’s latest rogue member, Kan 11 News reported early Monday morning.

The opposition wants to put pressure on Orbach, but at the same time not lose for six months their right to a vote of no confidence should the exceptionally tentative Orbach decide to either abstain or vote in favor of the coalition government.

Several senior Yamina members told Haaretz Sunday night that the chances that MK Orbach would support a Knesset dispersal bill this week are low. They insisted that although they had not received an unequivocal answer from him on the matter, they concluded that he wanted to wait a few more days before making a decision.

Here is Orbach’s equation, based on several Israeli media outlets: the former Habayit Hayehudi CEO who was given the chairmanship of the Knesset Committee by Bennett on his first stint as MK in 2021, wants very much to move up career-wise, for ideological as well as economic reason: he and his wife have recently purchased a new home and the mortgage isn’t going to pay itself.

Opposition leader Benjamin Netanyahu, who would like very much to recapture his old job as prime minister, has allegedly promised Orbach both a realistic spot on the Likud slate come the next election, as well as a ministerial position (I said “allegedly” because it’s against the law for one party to make such offers to members of a rival party – DI). But like we mentioned before, Mrs. Orbach didn’t raise a fool, and Nir knows that Netanyahu’s promises are written on ice. So, the second-year MK from Petah Tikvah wants his ministerial job in a Netanyahu-led right-wing coalition government now, not after the election. He would like himself, alongside the two other missing fingers from Ayman Odeh’s joke, MKs Amichai Chikli, and Idit Silman, to join a new Likud-led government in the current Knesset.

And that, boys and girls, would be very difficult to accomplish even for Israel’s notorious political wizard Benjamin Netanyahu. For one thing, the Likud members who have earned their spot on the slate honestly, spending their days and nights running around the country from bris to bar-mitzvah to wedding 24/6, would not take the drop-landing of three non-Likudniks in their midst on Bibi’s whim. Unlike most Israeli parties, including Bennett’s Yamina, Lapid’s Yesh Atid, Liberman’s Israel Beitenu, and Sa’ar’s New Hope, the Likud is a democratic institution. Sure, there’s lots of rough-and-tumble at the Ze’ev Citadel party headquarters in Tel Aviv, but there are established institutions, too, including an internal judicial system and Netanyahu knows he can’t walk all over those – nor does he want to, considering his ever-rising popularity among the rank & file members.

And that is why MK Nir Orbach has been sitting on the fence despite his fits of rage in five separate meetings with Bennett. He may decide not to decide through the end of the Knesset’s summer session, which would allow Bennett to be the PM who shakes the visiting President Joe Biden’s hands in mid-July. Orbach would certainly make an eternal enemy out of Bennett should he deny him that honor.

Meanwhile, the Lapid-Bennett government will not submit one more time the bill to regulate the Israeli settlements in Judea and Samaria. The old regulations are due to expire on July 1, but the coalition can’t put together the needed votes to renew them.

It feels like the ending, but the life-support machines are making so much noise you can’t be sure how the patient is really doing. 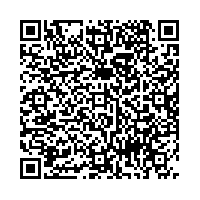