116 MKs stayed at the plenum until 7:40 AM to vote on a bill introduced by the Haredi coalition parties, which overrules the bylaws of most of Israel’s local municipalities, religious and secular alike, regarding the opening and closing of businesses on rest days. With an unusual number of coalition members voicing their objection to the bill, the vote was a test for the new coalition chairman, MK David Amsalem (Likud), who fought desperately—including taking one obstinate Likud MK, Sharren Haskel, to the party’s internal court—and scraped together 58 coalition yeas against the 57 nays, which included members of the coalition.

MK Amsalem was forced to sweeten the deal halfway through the two-vote process, seeing his chances for a win dropping like a chaser glass in a beer mug in a Tel Aviv bar on a Friday night, and amended the bill to exclude convenience stores at gas stations – gaining the support of 70 MKs, against 41 opposed and one abstained. So that, even if the supermarket in your town is closed on Shabbat, you can always head over to your nearest gas station and pick up a carton of milk.

The new law effectively annuls municipal by-laws around the country regarding who is permitted to operate businesses on Shabbat and Jewish holidays, with the exception of Tel Aviv, whose Shabbat open-business laws were grandfathered by an earlier Supreme Court ruling. From now on, it is the Interior Minister who gives his consent to each municipality, regardless of whether or not it has any religious residents.

The law provides an exception for restaurants, cafes, tea houses, and bars, as well as clubs, theaters and movie houses. But shopping malls outside the Tel Aviv municipality will remain closed on Shabbat. Which will, undoubtedly, send the lawyers for those other municipalities running to the Supreme Court with an obvious gripe about their discrimination.

Seeing as the current Interior Minister is Aryeh Deri (Shas), the number of permits for shopping malls will be minimal, seeing as the new law is viewed as the Haredi parties’ way of showing their voters how they preserve Jewish values in the Jewish State. Accordingly, much of the angry objections to the legislation was based on the principle of “live and let live,” or, as Israelis have been calling it for seven decades: the status quo.

MK Yulia Malinovsky, whose coalition party Yisrael Beiteinu broke rank and voted against the bill, asked the Likud members from the podium Monday night when did they become a Haredi party. The Likud represents a historic coalition of nationalist and liberal parties – what business does it have with forcing clerical rules on secular Israelis – who comprise the majority of Likud voters?

Other MKs, such as Dov Khenin, the only Jew in the Joint Arab List, who pointed out that affluent Israelis would continue to shop on Shabbat in malls that are conveniently located outside the jurisdiction of local municipalities. So that the only ones who would suffer are Israelis who don’t own cars.

And MK Oded Forer, also from the combative Yisrael Beiteinu, warned the Haredim that the new law cuts both ways, and that the day would come when a secular Interior Minister would outlaw the Shabbat no-traffic zones that today exist in religious-majority cities such as Bnei Brak. Coercion is a bad thing, Forer said, whether you apply it against secular or religious communities.

MK Hanin Zoabi struck one of the few funny notes in her entire political career, when she said she didn’t get what the problem was. Israel is Jewish and Democratic: Sunday through Friday it’s Democratic, and on Shabbat it takes a break from democracy to become Jewish…

Justice Minister Ayelet Shaked (Habayit Hayehudi), not a big fan of the new law – and the only secular member of her Religious Zionist faction – used her time at the podium to read from Israel’s declaration of independence and discuss a future constitutional legislation she’s been pushing.

Few expect the new law to result in real change – unless the Interior Minister hires special gentile inspectors to monitor Jewish places of business around the country. More than anything else, the law reflects Prime Minister Netanyahu’s current political weakness, going to bat for a very unpopular legislation to keep his coalition together. 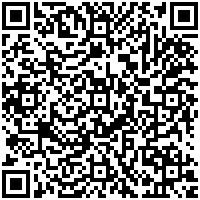