Knesset Plenum on Monday passed by a preliminary vote of 23-0 a bill amending the Police Ordinance, titled Visual Documentation of Use of Water Cannon Vehicle, 2022. The bill, sponsored by MKs Uri Maklev (United Torah Judaism), Gaby Lasky (Meretz), Osama Saadi (Joint Arab List), and a group of additional MKs, will now return to the Public Security Committee, which will prepare it for its second and third readings.

The bill proposes that any use of a water cannon vehicle to disperse a demonstration must be documented with a video camera. When the final bill passes, an individual who claims to have been harmed by the use of a water cannon would be able to demand the release of body camera footage of the incident by Israel Police.


The explanatory notes attached to the bill state: “While police procedures regulate the activation of a water cannon vehicle in a measured manner, so as not to harm innocent people, complaints that have been collected indicate that in certain instances police officers do not operate according to standard procedures and harm demonstrators and bystanders severely and disproportionately.”

The notes also suggested that “in many cases, police use a liquid with a strong odor (the ‘skunk’), which is also sprayed in the direction of homes and yards, in violation of the guidelines. The odor remains in the air for many days and harms the residents’ quality of life.”

In 2018, four Haredi residents of Jerusalem, including one US citizen, petitioned the High Court of Justice against police excessive use of the riot dispersal chemical known as Skunk, claiming it constitutes collective punishment and demanding an injunction. The petition was filed against Israel Police and Jerusalem District Commander Yoram Halevi.

A reporter for Reuters described the Skunk as follows: “Imagine taking a chunk of rotting corpse from a stagnant sewer, placing it in a blender, and spraying the filthy liquid in your face. Your gag reflex goes off the charts and you can’t escape, because the nauseating stench persists for days.”

But in 2017, we reported that when the Indian Central Reserve Police Force (CRPF) tested it on rowdy crowds on the subcontinent, it turned out to be an abysmal failure. According to the Hindustan Times, The CRPF decided to test a few samples of the Israeli product in New Delhi, and reported the results: “We used it on a captive crowd consisting of CRPF personnel and the general public. But they managed to tolerate the smell without much difficulty. Maybe Indians have a higher threshold of tolerating stench.”

“Those who can ignore the smell can drink the liquid too,” the New Delhi police official noted. 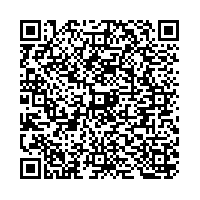