After Israel’s Health Ministry on Tuesday reported about 15 cases of intestinal disease in the Dan Hotel in Eilat, on Wednesday, Kan 11 News reported that the number has risen to about 100 guests who are suffering from symptoms.

Liron Sofer, a guest at the hotel told Kan 11: “People vomit wherever possible, in the lobby, in elevators, in rooms. I am disappointed, hurt, and very frustrated. We paid good money and chose the best and most expensive hotel in Israel and such a thing happened. Yesterday there was a mess here, with people screaming at the reception, people messed up the place. It’s a hard feeling.”


Sofer added: “We got here on Sunday, and Monday night was the last meal we ate at the hotel. Since Monday night the five of us have had non-stop diarrhea, twisting from abdominal pain and cramps, muscle aches, and the kids on Akamol (Paracetamol, medication used to treat fever and mild to moderate pain).”

She went on to say: “I am very sad, we came to celebrate my birthday in Eilat, the whole vacation is in the trash, the children are sad and so are we and the hotel has no answers. We haven’t gone in to eat since Monday evening. All the money is down the drain.”

The hotel management issued a statement saying: “The hotel management works closely with representatives of the Ministry of Health. Samples were taken from the food served to the guests by an outside company and we are awaiting the test results. It should be stressed that the hotel is fully occupied and complaints have been received [only] from several rooms.” 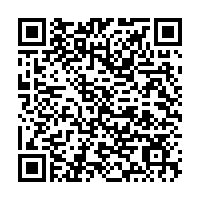