Modi’in is the freest city in Israel in terms of adherence to Jewish laws, ahead of Tel Aviv, which is only in second place, according to the Free Cities Index published Thursday by the Free Israel movement.

The index, which is as biased as they come, rating municipalities based on their treatment of LGBTs and Reform groups, also shows that Petah Tikva and Ramat Gan are in low spots in terms of freedom from religion. At the bottom of the index are Bnei Brak, Beit Shemesh and Dimona.


The Free Israel movement works to establish an Israeli society that “maintains cultural and religious pluralism in the State of Israel, while preserving the rights of the individual, the values ​​of democracy and the principles of Zionism as written in the Declaration of Independence.”

In other words, if you view freedom as driving on Shabbat while devouring a ham sandwich on a date with a gentile to purchase a Christmas tree – this is the movement for you.

Ahead of the October 30 municipal elections, the Free Israel movement issued an index based on which cities allow commerce and public transportation on Shabbat, as well as civil burial (in case you receive divine punishment for the former?). The index also rates what part of the municipalities’ budget goes to religious institutions, compared with secular ones. Based on these and other factors (treatment of LGBTs kashrut supervision, presence of Reform Temples) the index shows that several Israeli cities you may have thought were secular – are not.

Modi’in-Maccabim-Re’ut was ranked first and is considered the city freest from religion in Israel. The municipality runs public transportation on Fridays, conducts civil burials, supports the LGBT community, and allows the opening of cinemas and cultural venues on Shabbat. Mayor Haim Bibas and the city council have fought the law forbidding the opening of supermarkets in the city on Shabbat.

B’nei B’rak received a complicated rating from the index, which recognized that the municipality is, in fact, in first place in terms of reflecting the will of 100% of its residents, based on which everything is closed on Shabbat and the public sphere in the city is founded on religious law.

However, revealing the bias of its authors, the index nevertheless rates B’nei B’rak last in terms of freedom, because it does not support the LGBT community nor can you find a Reform Temple there.

In other words, a democracy is not defined by following the will of the voter but by encouraging homosexuality and anti-Orthodox institutions.

Another factor that reveals the index authors’ bias has to do with public pools. The data show that twenty cities offer a significant discount on the price of entry to the pool during separate swimming hours, 25% discount on average.

It is upsetting to the Free Israel folks that these municipalities encourage modesty in their pools, and, obviously, recognize the financial burden faced by religious families who usually go swimming with a larger number of children.

A major offender in this category is Tel Aviv, which offers a 43% discount. Rishon LeZion with a discount of 50%, Herzliya with 55%, Bat Yam 57% and Nahariya with a 60% discount.

Interestingly, Jerusalem offers no discounts in its pools, possibly because so few Jerusalemites can swim. 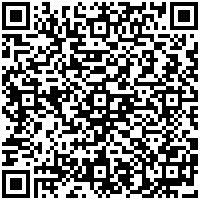