International Criminal Court (ICC) prosecutor Fatou Bensouda deceived the international community when she initiated a pre-trial request, supposedly to determine if the ICC has jurisdiction over the “situation in Palestine,” when the “decision is a foregone conclusion” and she has already decided to initiate an investigation, the Jordanian Jafra News site reported.

In response to complaints by the Palestinian Authority (PA) against Israel, Bensouda submitted in December 2019 a request to the ICC’s Pre-Trial Chamber ostensibly asking the Chamber to confirm that the ICC has jurisdiction over “the situation of Palestine” and to confirm that the territory “comprises the West Bank, including East Jerusalem, and Gaza.”


Many organizations and governments submitted Amicus Curiae (Friends of the Court) briefs showing that according to international law there is no “State of Palestine” and therefore the court has no jurisdiction. The prosecutor is meant to respond to the Amicus briefs by the end of April.

However, according to Jafra News, the pre-trial legal process is “a mere charade with the puppeteer pulling the strings of deception being the General Prosecutor of the ICC herself, Fatou Bensouda,” the Palestinian Media Watch (PMW), an incitement watchdog and one of the organizations that submitted an Amicus Curiae brief, is charging.

A PA source in contact with the general prosecutor’s office told the Jordanian site that the request of the Prosecutor to the Pre-Trial Chamber was only initiated to protect “the ICC’s public image… in a sensitive investigation such as this,” but in fact, the decision of the court already is that there is jurisdiction.

“The general prosecutor’s office explained to the Palestinian side that it did not wait for the Preliminary Department’s (i.e., Pre-Trial Chamber–Ed.) decision in order to begin preparations to open an investigation,” Jafra reported. “This is because the aforementioned decision [that the ICC has jurisdiction] is a foregone conclusion, and a petition to this [Pre-Trial] Chamber was only done in the first place out of considerations related to protecting the ICC’s public image and its proper activity, in the framework of its official authorities in a sensitive investigation such as this.”

This behind-the-scenes collusion led to information being given by “the ICC General Prosecutor Fatou Bensouda and her staff” to the PA, indicating “that the prosecutor’s office has taken the necessary steps towards launching a comprehensive investigation of the Israeli occupation’s crimes in the Palestinian West Bank,” even prior to the decision whether the court has jurisdiction at all.

“This report by Jafra News suggests that the ICC prosecutor is biased, lacks integrity, and therefore is incapable of conducting a fair proceeding concerning Israel,” PMW said.

According to Jafra News, the collusion has led PLO Executive Committee Secretary Saeb Erekat to express confidence “that a judicial investigation of Israeli senior officials on the issue of the settlements and other war crimes against the Palestinian people will soon be launched.”

PMW has corroborated that there have been contacts at the highest level between the ICC and the PA, although the content of the meetings has not been publicized.

Soon after the ICC Prosecutor submitted her request to the court intended to “protect the ICC’s public image,” Erekat told PA TV that not only the PA had been involved in preparing the case for the ICC but that internationally designated terror groups, including Hamas and the Popular Front for the Liberation of Palestine (PFLP), also participated.

After the PA was accepted as a member of the ICC, PA Mahmoud Abbas established a supreme national committee responsible for following up with the court. The committee included factions from all ends of the Palestinian political spectrum. Dr. Ghazi Hamad of Hamas was elected the committee’s spokesman. There are six from Hamas Khalida Jarrar who represents the PFLP, and Deputy Secretary-General of the Democratic Front for the Liberation of Palestine Qais Abd Al-Karim.

Jarrar is currently in an Israeli prison over her ties to a terror cell that carried out a bombing last summer that killed Rina Shnerb and wounded her father and brother.

When she worked with the PA to submit her sham request, Bensouda had worked with a committee comprised of many of the organizations that would be potential suspects in the ICC.

As for the PA, the ICC Prosecutor herself has noted that the “PA has encouraged and provided financial incentives for the commission of violence through their provision of payments to the families of Palestinians who were involved, in particular, in carrying out attacks against Israeli citizens, and under the circumstances, the payment of such stipends may give rise to Rome Statute crimes.”

“The close contacts exposed by the PA official to Jafra News between the ICC prosecutor and the PA, together with her submission of a sham request merely to protect the ICC image, fundamentally undermines the professionalism, impartiality and ethics of the ICC prosecutor, and is a clear abuse of her position,” PMW stated.

“If the ICC indeed wishes to protect its image, it should immediately terminate further activity regarding the sham request of the prosecutor. In addition, it should initiate a thorough investigation of the contacts between the prosecutor and the PA committee comprised of Palestinian terror organizations who have undeniably committed crimes, the nature of which the court would deal with, if it had jurisdiction,” the watchdog added. 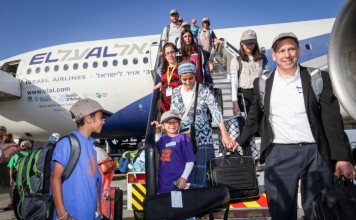 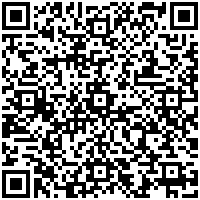