Convicted Palestinian terror chief Marwan Barghouti, in comments to the Israel Security Service (Shin Bet) soon after his arrest in 2002, admitted to facilitating terror attacks during the second intifada, and told his interrogators that the Intifada “was supposed to be a popular uprising, but things got out of hand,” as first reported by Haaretz.

The Israeli daily obtained and published transcripts of  interrogation sessions dated April 21-May 14, 2002 at the Russian Compound in Jerusalem, 6 days after his arrest. They were released in the course of legal proceedings against the former Fatah Secretary-General, who was arrested and later convicted on charges of murder during the second intifada, and sentenced to five concurrent life sentences.


On the basis of these recorded partial confessions, he was indicted for three terror attacks: the murder of a Greek Orthodox monk near Ramallah in June 2001; the murder of an Israeli girl near Givat Ze’ev in January 2002; and the shooting attack at the Sea Food Market restaurant in Tel Aviv in March 2002, which left three civilians dead.

Barghouti on the second intifada

Barghouti, who also founded the al-Aqsa Martyrs brigade, spoke of the lead-up to the second intifada, and confirmed once again that Ariel Sharon’s controversial visit to the Temple Mount in September 2000 was convenient pretext for the “outbreak” of the Intifada – not the reason, “but the straw that broke the camel’s back.”

Barghouti spoke at length of fears within Fatah about being overshadowed on ‘the street’ by the more hardline elements involved in the intifada – Hamas and Islamic Jihad – and how this fear led them to attempt to outbid the other terror groups in proving their fidelity to the Palestinian cause. In essence this meant the use of suicide bombers by Fatah, and the elimination of the distinction between attacks within or over the Green Line.

Barghouti is documented as confirming his role in coordinating operations and activities of terror squads and in financing them as well. He details how, on one occasion, he gave orders to avenge a terrorist’s death, which resulted in the shooting death of an Israeli near Givat Ze’ev, and how he gave money to various individuals that were seeking to perpetrate attacks.

Barghouti described Yasser Arafat as the prime mover, his direct commander, and the force behind Fatah’s overall policy. He painted a picture of Arafat as the man who issued only general orders, with the specifics implied, so that the acts perpetrated could not be traced back to him: “When Arafat would call for a cease-fire, he would convene the heads of Tanzim and instruct them, and add that if the cease-fire were to end, they knew what they would have to do, when it was clear to everyone that he was talking about a continuation of military activity.” Barghouti stressed that Arafat was instrumental to the intifada because, in no uncertain terms, he was bankrolling it, he was the “one source” from where all the finances flowed.

The Palestinian street, reflections on the peace process, and funny jokes

Concern over his image on the Palestinian street was preeminent in determining whether and how much to confess to his interrogators. At some point in the interrogation he insisted on meeting with then-Shin Bet chief Avi Dichter, or with his second, Yuval Diskin, before offering his confession: “There are things that a person in my position has to take care of in terms of the future, for my own interests and those of my men.” His request was not granted (at least not in the three and a half weeks that the transcripts cover). At another point, he is recorded as saying that “cooperation with the interrogation will be to his detriment in his future political career among his people.”

Barghouti compared the second intifada to the Yom Kippur War, in that the Palestinians feel they restored their pride, and achieved a type of balance with the terror wave, such that peace between the two peoples was now possible.

Looking back at the peace process, Barghouti blamed its failure on Prime Minister Yitzhak Rabin’s assassination.

Throughout the interrogations, Barghouti seems to vacillate between crafty pragmatist and uncompromising ideologue. At some points he suggests that Fatah’s descent into violence was a strategic mistake, and at others he insists that an independent state could only be achieved through bloodshed. Either way, ‘street cred’ was foremost in his decision-making, and he viewed his participation in terror activity as ensuring “that in the future he could point to himself as someone who worked both for peace when necessary and in war.”

In the three and a half weeks of interrogation revealed in the transcripts, the Shin Bet appeared to have developed a rapport with Barghouti, enough so that one wrote: “It should be noted that the subject has a well-developed sense of humor and provided us with a number of great jokes.” 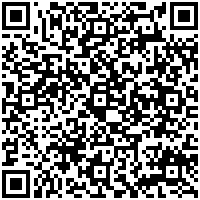