Israeli ambassador to Jordan Einat Shlain was pessimistic about the situation in the Hashemite Kingdom when she briefed IDF Chief of Staff Lt. Gen. Gadi Eizenkot last October, according to a report in Ha’aretz Wednesday.

Citing an anonymous senior Israeli official, the report said the chief of staff later told a closed forum that he was disturbed by the ambassador’s assessment and that the IDF should be ready to support King Abdullah II should things get out of hand across the Jordan River.


Israel has been urging both the Obama and Trump administrations to support Jordan economically and militarily, which has absorbed more than a million Syrian refugees since the beginning of the Syrian civil war. But despite the increase in American support, Ambassador Shlain was worried about mounting opposition to the king outside his relatively small camp of Bedouin loyalists, who number less than 20% of the population.

Pundit Daniel Pipes, who returned from a week’s visit in Jordan, wrote in the Washington Times on Tuesday (Jordan at the precipice) that, on top of its strategic troubles, faced with the relentless threat of ISIS and the collapse of trade relations with both Syria and Iraq, Jordan continues to suffer from the unresolved core issue of identity.

“As a country of massive and repeated immigration for over 100 years (even exceeding the numbers going to Israel), [Jordan] has received waves of Palestinians (in 1948-49, 1967, and 1990-91), Iraqis (2003), and Syrians (since 2011),” Pipes notes. “The Palestinians, most estimates find, constitute a substantial majority of the country’s population, present the deepest division. It’s common to speak of ‘Jordanians’ and ‘Palestinians’ even though the latter are citizens and the grandchildren of citizens. As this suggests, the sense of being separate from and superior to the mostly tribal peoples of the East Bank has not diminished over time, and especially not when Palestinians have achieved economic success.” 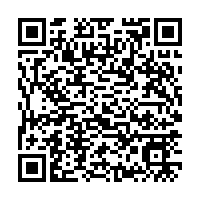