Multi-millionaire attorney and philanthropist Scott Wallace, who won the Democratic primary in May for the House seat from Bucks County, Pennsylvania’s 8th district, is going up against Republican incumbent Brian Fitzpatrick. The latter is expected to receive massive support, more than half a million dollars in ad buys, from the Republican Jewish Coalition. The reason? Wallace is on a list of about four new Democratic House primary winners who is out front about supporting the enemies of Israel.


According to the RJC, “For the last 20 years, Wallace headed the Wallace Global Fund, which has given $300,000 in grants to organizations dedicated to BDS, including Jewish Voice for Peace.” RJC announced a $530,000 ad buy in broadcast, digital and cable media, targeting Bucks County in suburban Philadelphia.

Wallace, the grandson of former FDR Vice President Henry Wallace, was listed ABC News among progressive Democrats who are no longer afraid to criticize Israel, and who, in fact, expect to “reap political rewards” with their stance. The list includes Alexandria Ocasio-Cortez from New York.

On Monday, Wallace celebrated on Facebook his J Street endorsement:

“I am thrilled to receive the endorsement of J Street. I deeply share their commitment that the best ticket to a stable and prosperous Israel, and sustainable peace in the region, is a two-state solution. I am inspired by my grandfather’s vision in advising Presidents Roosevelt and Truman more than seven decades ago, and by my own recent extensive travels in Israel with my Israeli cousins. I have seen first-hand the perils and challenges of Gaza and the occupied territories, and the disastrous impacts of the misguided campaign of boycott/divest/sanctions. In Congress, I will fight to keep Israel secure, to promote collaboration with its neighbors, and to rein in those who would do it harm, particularly Iran. In this great endeavor, I couldn’t be more honored to have J Street’s support.”

RJC Executive Director Matt Brooks said in a campaign statement: “It’s fine to say that you’re pro-Israel, but the fact is that the leading Jewish Democrat organization in Pennsylvania refused to endorse Wallace because of his views. He touts his family foundation, but the foundation gave $300,000 to organizations that are aligned with terrorists and anti-Semites and that support the BDS movement. His foundation supports groups that delegitimize Israel and undermine her security – that’s not pro-Israel. Wallace claims that special interests are attacking him, but the US-Israel relationship is not a ‘special interest,’ it is a valued alliance that enhances U.S. security.”

Brooks continued: “Wallace supported the Iran nuclear deal, which rewarded Iran with billions of dollars and paved the way for Iran to acquire nuclear weapons in just a few years. Facts are facts and they clearly don’t support Scott Wallace’s latest attacks. The people of Bucks and Montgomery Counties will see through them.” 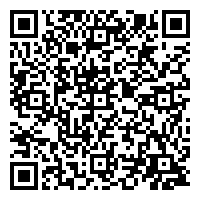