Ukrainian military forces shot down a Russian “Forbost” drone on Friday over the Zhytomyr oblast.

The UAV is a licensed Russian version of the (IAI) Israel Aerospace Industries’ Searcher drone.

#Ukraine: A Russian "Forpost" UAV (a licensed copy of Israeli IAI Searcher) was shot down today in #Zhitomyr Oblast. As claimed, it was used to correct artillery fire. pic.twitter.com/GlsjoJ0vVr

Russia purchased the drones in 2015 in an unusual $400 million deal intended to close Moscow’s technological and operational gap in unmanned aerial vehicles, according to a report by the Hebrew-language Ynet news outlet.

There is also a video showing how the Russian UAV has been converted to a combat drone carrying bombs.

Although Russia then sought to purchase the more advanced Hermes 450 UAV produced by Elbit, Israel’s Ministry of Defense only allowed the purchase of the Searcher 2, which first entered service in the early 1980s.

The UAV that was shot down on Friday carried the original Israeli camera system produced by IAI, according to the report.

At present Russian forces are operating more than 100 such combat drones, including in Syria. 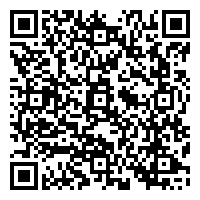