Defense Minister Avigdor Liberman submitted a formal proposal to the cabinet on Sunday to legalize the Jewish community of Gilad Farms (Havat Gilad) in Samaria.

Under the proposal, Liberman would order the appropriate government agencies to determine what is needed in order to legalize the community.

Liberman’s proposal must still be passed by ministerial vote. If approved, the only parts of the community that will be legalized are those that exist on land that has been properly purchased and is now legally owned by Israelis, according to the defense minister. 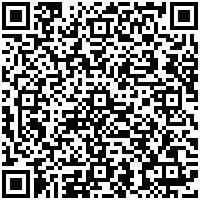