The Jewish Press Man of the year 5782––the Regavim movement––on Thursday issued a statement demanding that the next defense minister, whether he is from the Likud or Religious Zionism, must make it his top priority to repeal the racist Jordanian law which is in force in Judea and Samaria, forbidding the sale of land to Jews.

On Wednesday, the High Court of Justice rejected a Regavim petition to compel the military commander and the Civil Administration to repeal Jordanian Law #40 which prohibits the sale of land in Judea and Samaria to Jews – a law still in force because Israeli governments have been reluctant to annex these areas since they were liberated in June 1967. As a result of that 55-year hesitation, Judea and Samaria are still under de jure military occupation, and the ruler of these territories is the Israeli Defense Minister, and so, all the laws that governed these areas when it was under Jordanian occupation between 1948 and 1967 have remained intact for the most part – including that blatantly antisemitic law against letting Jews own land there.

At the High Court hearing, Regavim’s attorney Boaz Arzi argued that this patently racist law should be struck down without further delay. In an earlier stage of the case, the High Court issued a conditional order requiring the government to respond within 60 days and explain why this discriminatory law should be allowed to stand. The attorney for the IDF’s Civil Administration in the territories argued that no real harm is caused by Jordanian Law #40 to Jews who wish to carry out real estate transactions in Judea and Samaria. The Administration argued that there was in place a workaround solution allowing would-be buyers to incorporate as a legal entity in Judea and Samaria to circumvent the antisemitic restriction against individuals.

In 1971, the IDF Chief of Central Command issued an order permitting commercial entities to purchase land in Judea and Samaria, but individual Jews are barred from purchasing land there to this very day.

That “workaround” solution is reminiscent of the tricks Jews were forced to employ to be admitted into universities in European countries and in the US where the “numerous clauses” discriminatory practice limited how many Jews could enroll. Attorney Arzi rightfully responded that the clever “solution” offered by the state “obscures the real issue. This is racism.”

The government’s representatives also argued that a committee headed by an assistant to the defense minister had examined the issue and determined that the restriction is “minor” while the level of political sensitivity regarding the future of the land in Judea and Samaria is immense, seeing as every inch of land purchased by a Jew is one less inch of land going to the promised “Palestinian State.” Therefore, the state argued, there is no justification for the Court to intervene in decisions taken by the military commander.

The panel of three Justices accepted the State’s argument and rejected Regavim’s petition, as Justice Ofer Grosskopf put it, “The law is racist; that is clear. However, the cost outweighs the benefit. Essentially, the question is whether the considerations of the military commander in this matter are reasonable or unreasonable to the extent that the intervention of the Court is necessary.”

It goes to show that, unlike in the US Supreme Court, where the late Justice Potter Stewart suggested regarding obscenity, “I know it when I see it,” in Israel’s Supreme Court they don’t know an obscenity even when they see it.

“The Law is an expression of society’s values,” said Attorney Arzi. “Are these the values that we expect our justice system to uphold? We call on the newly-elected government to reassert Jewish rights and the foundational principle of equality under the law that is the bedrock of the modern Jewish and democratic State of Israel.” 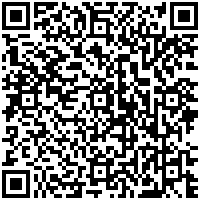