Police on Friday arrested a rightwing activist on suspicion of assaulting the founder the Breaking the Silence organization, Yehuda Shaul, during a tour of Hebron.

The right-wing activist, a resident of Rosh Ha’ayin, allegedly hit Shaul and caused his lip to bleed. Breaking the Silence CEO Avner Gvaryahu said that “the blood on the face of Yehuda Shaul, the founder of Breaking the Silence, was spilled by the Netanyahu government, which promotes the silencing laws.”


Yehuda Shaul grew up in an American Haredi family in Jerusalem. At the end of his military service, during which he served 14 months in Hebron, Shaul and soldiers from his unit established the Breaking the Silence organization, which collected testimonies from soldiers who served in the territories during the second intifada. Starting in 2004, BtS began publishes those testimonies, calling on the Israeli public to deal with “the price of the occupation.”

BtS has been accused of exceeding its role as an Israeli group focused on Israeli society, when it began to receive foreign funds and was pushed to deliver more “thrilling” stories of IDF abuses, but this time for foreign consumption.

In 2016, its total income was over $2 million; with expenses totaling were 1.6 million. 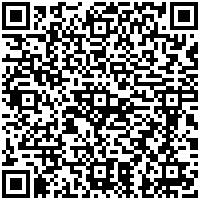