The head of Hamas Political Bureau Ismail Haniyeh on Saturday sent messages to the Kuwaiti Emir Sheikh Sabah Al-Ahmad Al-Sabah and Morocco’s King Mohammed VI on the “systemized Israeli aggression practiced upon the Palestinian people, the settlement expansions, the Judaization of Jerusalem, Al-Aqsa Mosque, and the unjust siege imposed on Gaza, as well as the Palestinians detained in the Israeli jails.”

He urged the Arab, Islamic, and international sides to take immediate and effective action at all levels in order to criminalize such laws and halt their implementation.


Haniyeh’s choice for his plea for is interesting, since the Kuwaiti and Moroccan leaders are among the least sympathetic to the plight of his people in the Arab world.

About 400,000 “Palestinians” lived in Kuwait before the 1990-91 Gulf War. During the Iraqi occupation of Kuwait, an estimated 200,000 of them left Kuwait for a variety of reasons: fear of Iraqi persecution, food shortages, diminished medical, and financial shortages. After the War, Kuwait expelled to the desert another 200,000 “Palestinians,” in response to the alignment of PLO leader Yasser Arafat with Saddam Hussein. Kuwaiti rage was calmed in 2004, with an official apology from Mahmud Abbas, and about 80,000 “Palestinians” were allowed to return to Kuwait.

Last June, King Mohammed VI sent a medical team to the Gaza Strip following a request by Haniyeh. But over the past decade, Morocco has been improving its relationship with Israel. Estimates from 2016 set Israeli sales of produce (dates) and consumer products at $50 million a year. These estimates are supported by the activity of a BDS group in Morocco which distributed leaflets warning “Boycott the Zionist dates, don’t finance the bullets lodged in the Palestinians’ chest.”

King Mohammed VI sent his adviser Andre Azoulay, who is Jewish, to represent Morocco at the funeral of Shimon Peres.

The Jerusalem Post cited a Moroccan diplomat who commented about the increased visits of Moroccan delegations in Israel, saying, “There is more and more interest in Morocco toward Israel. More and more delegations are coming, and we see that as positive and encouraging.”

In late 2016, Hamas denounced the arrival of those Moroccan delegations in Israel, saying: “In the shadow of the escalation of the crimes of the Israeli enemy and the actions of racist purification against our people, we condemn the visit of a team of Moroccan media persons to the Israeli entity with the goal of normalizing with it and undertaking a campaign of beautifying its image in the Arab media.”

The Hamas chief focused his message to both leaders on Israel’s new Nationality Law, which he dubbed “the ‘Jewish nation-state’ law […] which blatantly abolishes the Palestinian people’s right to their homeland.” But does anyone care enough to help Hamas beyond issuing condemnations of Israel? Not likely. 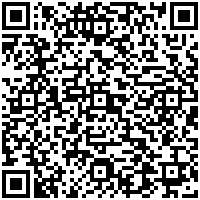