On Wednesday, Tu B’Shvat, Im Tirtzu movement activists are having a day of volunteer work at the Oz Ve’Gaon nature preserve, which they dedicate to the memory of Coby Burstein, a member of Im Tirtzu who was killed in a car accident in the summer of 2015.

The Women in Green movement, which rehabilitated and operates the preserve as a voluntary educational site based on the values ​​of love and connection to the Land, said in a statement that “the Im Tirtzu activists who dedicate their souls to the hasbara struggle for our right to the Land of Israel are true partners on the path to our firm hold on the Land of Israel, the deepening of our roots in it, and the application of our sovereignty over all its expanses.”

The Oz Ve’Gaon nature preserve in the heart of Judea was established in the summer of 2014 by Women in Green and local residents with support from the Gush Etzion Local Council, in response to the murder by Arab terrorists of three Jewish boys: Gil-ad Shaer, Eyal Yifrach and Naftali Fraenkel.

Tu b’Shevat events in Oz Ve’Gaon began on Saturday night, with a Tu B’Shvat Seder, where Women in Green’s Yehudit Katsover reminded participants that the custom of planting trees on Tu B’Shvat began in 1908, by historian, teacher and Hebrew linguist Zeev Yaavetz, and was later taken up by the Jewish National Fund (JNF).

Rav Yosef Zvi Rimon, founder and chairman of the Halacha Education Center, who teaches at Yeshivat Har Etzion, Migdal Oz Girls Seminary, blessed the participants at the event and hoped that they would have the privilege of planting trees and holding on to the Land of Israel. He stressed the importance of agriculture, since places that have not been planted by Jews have been seized more than once by foreigners. He praised Women in Green’s planting of olive trees in various agricultural areas, which have helped preserve a permanent Jewish presence in Gush Etzion.

The event ended with a short talk by Yaron Rosenthal, principal of Gush Etzion Field School, about the unique agriculture of Gush Etzion. Rosenthal said that it is difficult for trees to survive in Gush Etzion for various reasons, but that it is possible to overcome these difficulties with the afforestation (the establishment of a forest or stand of trees in an area where there was no previous tree cover) of JNF.

Women in Green views the Tu b’Shevat events as another layer connecting the People of Israel to their Land. The movement’s heads, Yehudit Katsover and Nadia Matar, vow to continue their activities in practical holdings of the lands as they have already done in Netzer, Eitam, Adorayim and the Oz Ve’Gaon preserve.

Why In The World Do We Celebrate Tu B’shvat? 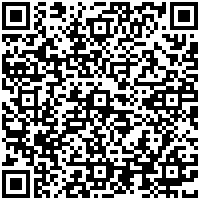