In its first act of outright hostility against Israel and its attempts to help Jewish Aliyah, Moscow earlier this week ordered the Jewish Agency to cease all operations inside Russia, The Jerusalem Post reported Tuesday.

Jewish Agency officials confirmed to the Post that the letter was received, but did not issue a response, saying only that “as part of the work of the Jewish Agency’s delegation in Russia, we are occasionally required to make certain adjustments, as required by authorities. The contacts with the authorities take place continuously, with the aim of continuing our activities in accordance with the rules set by the competent bodies. Even nowadays, such dialogue takes place.”

Back in March, Israeli Foreign Minister and alternate Prime Minister Yair Lapid issued a brave statement during a visit to Romania, saying with a brave heart (Lapid Condemns Russian Invasion Directly, Holds Nothing Back): “Israel, like Romania, condemns the Russian invasion of Ukraine. It has no justification, and we call on Russia to stop the firing and the assaults and resolve the issues around the negotiating table. Israel will help as much as it can to reach a peaceful solution. We are working in full coordination with our ally, the US, and with our European partners to try to end this violent tragedy as soon as possible.”

It was probably the most straightforward and harsh condemnation by an Israeli senior official of the Russian invasion, following weeks in which Prime Minister Naftali Bennett had been struggling to maintain a neutral and noncommittal tone regarding the war in Ukraine.

Let’s see Lapid fixing this mess now. He may want to enlist Benjamin Netanyahu to fly to Moscow and fix the problem. I’m just saying.

Earlier on Tuesday, we reported that Russia strongly condemned Israel’s airstrikes at targets in Syria on July 2, and demanded that Israel stop delivering strikes in Syria (Russia Demands Israel Stop Airstrikes in Syria). Israel’s ambassador to Moscow was summoned to the Russian foreign ministry and was rebuked for the attack.

The Post reported hearing from Jewish leaders in Russia that “people from the Jewish community have been feeling the Iron Curtain setting on them and they fear they won’t be able to escape the country.” One source even said some Jews believe the Russian authorities are trying to arrest them and they fear for their lives.

One of the main goals of the Jewish Agency is to promote and address Aliyah, and if the agency is unable to be active in Russia, it would be the first time in the last 30 years that it is considered a hostile entity by the authorities, with many dire consequences.

Perhaps in the future, the brave Israeli government should consider keeping its mouth more firmly shut and not supporting Ukraine with such fervor, much less condemning Russia.

Immigration and Absorption Minister Pnina Temano Sheta said in response: “I was updated this morning regarding the decision of the Russian Justice Ministry. As is well known, the Jewish Agency is a central arm of the government and the Ministry of Immigration and Absorption for encouraging the immigration of Jews from all over the world to the State of Israel, and we must make sure that their scope of action is maintained as it has been throughout the years.”

She added: “I appealed to the Prime Minister to work with the Moscow administration to resolve the problem, and I want to strengthen the Jewish community in Russia, which must be worried at this time about the consequences of the decision. Aliyah is a basic right for the Jews of Russia and we will make sure that it is preserved as such.” 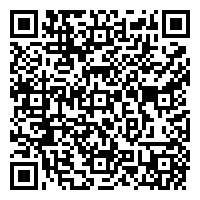