Most Israelis are livid about the minority in their midst who refuse to roll up their sleeves and take the first, second, and third coronavirus vaccine, according to a survey conducted by the Israel Democracy Institute (IDI) and published on Monday (Stabilizing the Economy and Combating COVID by Imposing Restrictions).

IDI describes itself as an independent center of research and action dedicated to strengthening the foundations of Israeli democracy. It’s generally considered to be a left-leaning think-tank.


Back to the enraged Israelis: 59% of them support banning the unvaccinated from public areas such as supermarkets and workplaces. 57% want to see them pay personally for their medical treatment (in a country where almost everybody is part of an HMO – DI).

But wait, there’s more: 51% of Israelis want unemployment payments yanked away from the unvaccinated who also refuse to be tested (those tests must be paid for by the unvaccinated unless they are children – DI).

Finally, brace yourselves: 30% of Israelis want unvaccinated individuals who contracted the coronavirus to be denied access to the ECMO machines that pump blood from the body and oxygenates it – allowing the heart and lungs to rest. If a vaccinated patient needs an ECMO, say 30% of survey respondents, he or she goes automatically ahead of the anti-vaxxers.

Yes, Israeli is a tough room these days.

Among the Jews, the prevailing perception is that the most important issue for the government in the coming year is stabilizing the economy. Among the Arabs, the top issue the government should address is the crime in Arab society.

So, harsh and realistic.

On the other hand, a majority of Israelis think the Abraham Accords have fulfilled their expectations.

Among Israeli Jews, more favor a military attack on Iran to prevent it from going nuclear than those who favor reaching an agreement with the Islamic Republic. Among Israeli Arabs, the distribution of preferences is the other way around: more support the idea of reaching an agreement than wish to “bomb, bomb Iran,” as the late Senator John McCain once put it, to the tune of the Beach Boys’ Barbara Ann (and was chastised at the time, boy, how the world has changed). 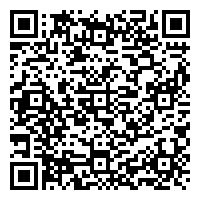