The Palestinian Authority and Jordanians are establishing a new fund for Koranic studies on the Temple Mount with the goal of strengthening Islamic ties to the holy site before the expected swearing-in of a new right-wing Israeli government.

“Jerusalem will be at the center of the conflict in the near future, mainly because Itamar Ben-Gvir is supposed to be the Minister of Internal Security, who is also in charge of police activity in the holy places of the city,” a Fatah official told TPS.

Jordan’s King Abdullah, in the presence of Palestinian Authority President Mahmoud Abbas, signed off on the establishment of the fund. It will be funded by contributions from Muslims around the world.

The initiative plans for 1,000 Muslims to study the Koran, divided into 100 classes of 10 worshippers apiece. Teachers will receive a salary while the students will receive a stipend for their participation. The size of the fund and its budget are not clear.

The Tazpit Press Service reported in November that to further strengthen Muslim ties to the site, Waqf officials decided that all marriage contracts would be held at the Al Aqsa Plaza, and not at a Sharia Court already operating in eastern Jerusalem. TPS also reported on the rise of “jihad tourism,” or foreign Muslim visitors getting involved in violence at the holy site.

Itamar Ben-Gvir, who is expected to become Minister of National Security, has advocated for Jewish prayer on the Temple Mount, but has not articulated how he would bring that about.

Currently, Jews visiting the holy site stand to be arrested if police see them praying. It’s not clear what instructions he would give police officers on the issue.

The Temple Mount, where the First and Second Temples were built, is the holiest site in Judaism. The delicate status quo governing it goes back to 1967, when Israel liberated the Old City of Jerusalem from Jordan during the Six Day War.

Fearing a religious war, then-defense minister Moshe Dayan agreed to let the Islamic Waqf, a Muslim trusteeship, continue managing the holy site’s day-to-day affairs, while Israel would maintain overall sovereignty and be responsible for security. According to the status quo, Jews and non-Muslims would be allowed to visit the Temple Mount, but not pray there.

In September, the number of Jews visiting the Temple Mount crossed the 50,000 threshold for the first time in modern history, according to Beyadenu, an organization working to advance Jewish ties to the holy site. 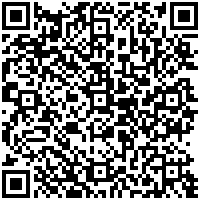