The Mufti of Jerusalem, Sheikh Mohammad Hussein, the highest PA Islamic cleric, warned on Wednesday of the “dire consequences if Jewish fanatics and settlers continue with their provocative intrusions into Al-Aqsa,” particularly during the month of Ramadan.


Hussein warned that allowing Israelis to “continue to be present at the Muslim holy site” during Ramadan could “provoke trouble,” expressing concern that it may be a prelude to the “malicious intentions” of the Israeli authorities.

He said that the Israeli government “will be responsible for all consequences of its hideous decisions that increase and fuel hatred and hostility in the region as part of its attempt to control the Al-Aqsa Mosque.”

Hussein further asserted that “harming the sanctity of Al-Aqsa Mosque is a heinous crime, which is part of efforts to impose a new fait accompli in it in contravention of religious values that prohibit harming the holy places dedicated to worship.|

“But the occupation authorities ignore all of this and provoke the feelings of about two billion Muslims in the world, which poses a real danger and calls for a serious Arab-Islamic stance,” he said.

The PA’s official WAFA news agency reported that “Palestinians fear that Israel intentionally attempts to provoke trouble at Al-Aqsa Mosque to justify the presence of its forces in the holy compound at all times in an attempt to change the decades-old status quo at the holy place as a Muslim-only worship area.”

Mahmoud Al-Habash, Supreme Shari’ah Judge in the PA and PA head Mahmoud Abbas’ Advisor on Religious and Islamic Affairs, threatened that “we are on the way to the worst of all Ramadans as long as Israel continues with its hostile plans.”

Al-Habash claimed that the Waqf members are the only legal authority in the management of the Temple Mount and that “since the occupation of the city, the State of Israel has been trying to change the status quo in Jerusalem and the Al-Aqsa Mosque.”

The Director-General of the Islamic Endowments Department in Jerusalem, Sheikh Najah Bakirat, threatened that “the approval of the Israeli occupation authorities for extremist settlers to storm the Al-Aqsa Mosque during the month of Ramadan is a wrong racist decision, aimed at heating up the situation.”

Responding to the threats, Assaf Fried, a Temple Mount activist, pointed out that “the Arabs never went out to fight against us when they felt we were strong. They always started wars, intifadas and terrorist campaigns when they felt we were weak and had a chance to defeat us. Neither despair nor occupation created the intifada, but hope.”

“Now the Arabs are demanding that we close the Temple Mount to Jews the entire month of Nisan, including Passover, in order to ‘calm down’ the spirits ahead of Ramadan. Experience has already shown that it would be first-rate folly if we did so. It’s not putting out a fire, it is pouring gasoline on the Arab nationalist fire,” he warned.

Security tensions in Israel are high, after a series of terror attacks in the Jerusalem area and the murder of four Israelis in Be’er Sheva by an Islamist terrorist, and ahead of the Muslim month of Ramadan, which usually spells an uptick in Muslim violence and acts of terrorism in Israel. 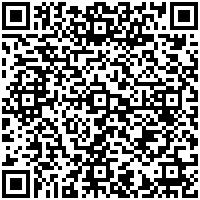