Senior Popular Front for the Liberation of Palestine (PFLP) official Khaleda Jarar, who is in Israeli custody for her part in a deadly bombing in August, played a major role in the Palestinian Authority’s application to join the International Criminal Court (ICC).

Jarrar was heavily involved in cementing the PA’s bid to join the ICC, a PLO spokesperson said in April 2015. She was also appointed to the Palestinian National Committee for the follow-up of the ICC and is a member of the commission tasked with bringing cases before the ICC regarding the alleged war crimes committed by Israel.

Jarar was arrested after Israel’s combined security forces in recent months exposed and took down an extensive PFLP terror infrastructure that had planned a long line of attacks and carried out the bombing at Ein Danny in August that murdered Rina Shnerb and wounded her father and brother.

Some 50 activists and senior PFLP members were arrested as part of the extensive investigation, including Jarar.

One of the most PFLP leaders arrested in the sweep, Jarrar, 56 and a resident of Ramallah, was formerly imprisoned a number of times in the past for involvement in PFLP activities and has emerged as the head of the PFLP in Judea and Samaria, and in this context was responsible for all the organization’s activities.

A politician, she is a member of the Palestinian Legislative Council (PLC). She is also the PA representative on the Council of Europe.

In April 2015, she was indicted on a series of security-related crimes, including active membership in the PFLP and incitement to kidnap soldiers for their bargaining an exchange for the release of imprisoned terrorists.

She was also remanded in administrative detention from July 2017 to February 2019.

PA head Mahmoud Abbas called Jarrar and congratulated her after her release.

In his decision to extend her administrative detention in 2018, the military judge noted that the respondent is a senior activist of the PFLP and is one of the leaders of the organization Judea and Samaria, who is involved in organizational terrorist activities and therefore poses a security threat.

However, Hanan Ashrawi, member of the Executive Committee of the Palestine Liberation Organization (PLO), said in February 2019 that Jarrar’s imprisonment was “yet another chapter in a lifetime of persecution and oppression from the Israeli occupation to this prominent human rights defender and elected representative…due to her activism against occupation and her work in defending the national and human rights of her people.”

Jarar’s support for terrorism also emerged from her public actions.

In 2015, she visited the mother of PFLP terrorist Muatez Wakhsha who was killed by Israel and presented her with a note of appreciation from PFLP. Faddy, the terrorist’s brother, admitted during his interrogation to carrying out a shooting attack with his brother.

That year she called to kidnap soldiers. 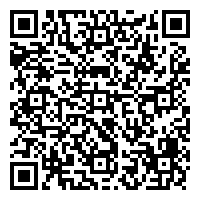