Teva Pharmaceuticals, an Israeli multinational pharmaceutical company with headquarters in Petah Tikva and one of the world’s biggest manufacturers of generic opioids, on Tuesday, announced a settlement with a group of about 2,500 states, municipalities, and Indian tribes to compensate them for its role in the deadly opioid epidemic.

According to Reuters, the proposed deal calls for Teva to pay as much as $3.7 billion in cash over 13 years, and provide $1.2 billion worth of naloxone, the opioid overdose reversal drug it manufactures.

Teva’s reparations to Native American nations will reach an estimated $100 million, not including attorney fees.

Kåre Schultz, the Danish businessman who was appointed Teva’s CEO in 2017, issued a statement saying the company was “pleased to have reached a nationwide agreement in principle.” But according to Reuters, the settlement is contingent on separate settlements by AbbVie’s Allergan, whose generic drugs business Teva acquired in 2016.

Iowa Attorney General Tom Miller who represented the states in the negotiations called the settlement “another major step in addressing the opioids crisis,” and “we expect these funds to make a significant difference in preventing fatal overdoses and treating opioid addiction disorder.”

New York State is not part of the settlement. Last December, a New York jury found Teva responsible for the state’s opioid crisis, and so New York will continue to seek its own reparations through legal action.

The financial website Benzinga reported Tuesday night that Teva Pharmaceutical Industries shares were surging in Tuesday’s after-hours session after it had reported “better-than-expected financial results.” The initial estimate was that Teva’s second-quarter revenue would reach only $3.78 billion, but in the end, it came to $3.8 billion. The company’s quarterly earnings came to 68¢ per share, compared to the expected 57¢.

According to the National Institute of Drug Abuse, opioids are a diverse class of moderate to strong painkillers, including oxycodone (OxyContin and Percocet), hydrocodone (Vicodin, Norco), and fentanyl, which is a very strong painkiller synthesized to resemble other opiates such as opium-derived morphine and heroin. The potency and availability of these substances, despite the potential risk of addiction and overdose, have made them popular both as medical treatments and recreational drugs. Due to the sedative effects of opioids on the respiratory center of the medulla oblongata, opioids in high doses present the potential for respiratory depression and may cause respiratory failure and death. 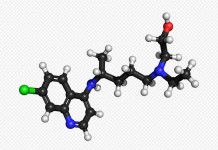 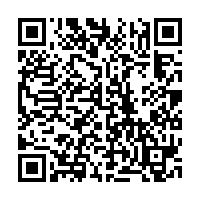