In January 2020, Israel’s state budget recorded a particularly surprising surplus of about 4 billion shekel ($1.16 billion), compared to the rampant deficits during almost every month in 2019, and a deficit of close to 1 billion shekel ($290 million) in January 2019. In December 2019, the deficit constituted 3.7% of GDP, a significant deviation from the government’s target of 2.9%, according to a report by Yedioth Ahronoth Sunday.

From preliminary data processed by Accountant-General Roni Hezekiah, it appears that in the first month of 2020, when the interim government began operating on a budget that was calculated based on the previous year’s budget divided by 12 – as prescribed by law – a surplus appeared, mainly due to reduced government spending, combined with stability and even a slight increase on the revenue side, mainly in tax collection.

The explanation for the surprisingly large surplus in the January budget is mainly the fact that the government could no longer increase its spending, not even to meet immediate growth needs in key areas. While Israel’s population has grown by 2% in 2019, the budget remains unchanged – because government is not authorized to raise it.

Things are shaping up to look like the dream come true of every conservative economist: limit government’s ability to spend, then sit back and watch the economy growing.

Of course there’s a downside: government’s inability to meet emergency needs in education, healthcare, and welfare is pushing austerity in areas which in Israel are dependent completely on government. There are no increases in disability allowances, there are no additional funds to hospitals, and no new classrooms are constructed. Israelis are forced to subsist and make do using existing funds – while the politicians are being provided with the perfect cover: it is against the law to increase the budget.

Israel could become an unintentional laboratory in which the age-old warring concepts of economic liberalism vs. conservatism can be tested in real life, measuring public suffering (and consequent innovation) against budget surpluses.

Milton Friedman would have made Aliyah, had he not gone to the big market in the sky in 2006. 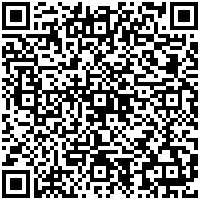