In 1993, 1995 and 2005, Israel retreated from 40% of the Judea and Samaria mountain ridges (West Bank) and the entire Gaza Strip. It transformed these regions into platforms of unprecedented Palestinian terrorism and missile launches, supported by Iran, Turkey and North Korea. Moreover, it has intensified lethal threats to all pro-US Arab regimes, bolstering their security ties with Israel, which they perceived to be the most credible “life insurance agent” in the region. As expected, gestures to rogue regimes and terrorists fuel further violence!

“In November 1994, the peace process had seemed to be in full swing…. [But], an organized campaign began in the US against the idea of stationing US troops on the Golan Heights as ‘peace keepers’, in the event of an Israel-Syria [peace] agreement. The campaign was orchestrated by right-wing organizations and individuals in the Jewish community, with occasional participation of visitors from Israel… [such as] the former Minister for Congressional Affairs in our Washington Embassy, Yoram Ettinger…. The organizers conveyed the message that sending US troops as peacekeepers to the Golan was bad for the US [and that the Syrian armored mechanized divisions stationed between the Golan Heights and Damascus would be deployed to the border with Jordan, aiming to topple the pro-US Hashemite regime]…. The US could lose the lives of its soldiers and become entangled in a dangerous foreign arena…. That would no doubt lead to a rise in anti-Semitism in the US…. Senator Jesse Helms, the Chairman of the Senate Committee on Foreign Relations [a friend of Bobby Jacobs] was openly critical of the Assad regime…. The Chairman of the House Committee on International Relations, Benjamin Gilman, was under pressure from voters in his own constituency…. This Congressional opposition had at least some negative impact on Assad’s motivation to move forward in his peacemaking with Israel….” (Prof. Itamar Rabinovich, former Israeli Ambassador to the US and Chief Negotiator with Syria, The Brink of Peace, 1999, pp. 164-167).


Since 1967, Israel’s control of the strategically-commanding Golan Heights – over-towering northern Israel – has constrained and monitored the Russian, Iranian, North Korean, ISIS and Turkish strategic profile in Syria.  Furthermore, the Israeli posture of deterrence has bolstered the national security of Jordan’s Hashemite regime and all other pro-US Arab regimes (hence the unprecedented cooperation between Israel and these regimes). For instance, the September 1970 pro-Soviet Syrian invasion of the pro-US Jordan was rolled back, primarily, due to Israel’s deployment of troops to the Golan Heights, 37 miles from Damascus. The Syrian invasion aimed at toppling the Hashemite regime and producing a pro-Soviet domino scenario into the Arabian Peninsula, at a time when the US was heavily dependent upon Persian Gulf oil.  Thus, Israel’s control of the Golan Heights spared the US the need to deploy its own troops, in order to save its Jordanian ally, while preventing a potential super-power confrontation, and denying the USSR a geo-strategic bonanza.

The significance of Israel’s control of the Golan Heights for the national security of the US has been intensified due to the following phenomena:

*The raging civil war in Syria which erupted in 2011;
*The escalation of Iran’s involvement in Syria and Lebanon, aspiring to extend its dominance to the Mediterranean and Europe;
*The entrenchment of ISIS cells in Syria, irrespective of their recent setbacks;
*The growing involvement in Syria by Turkey’s Erdogan, who aims to resurrect the Ottoman Empire;
*The inherent Russia-Syria alliance, with Russia expanding its presence in the Mediterranean and throughout the Middle East.
*Since the 1960s, North Korea has been a leading ally of Syria, engaged in illicit military and technology cooperation, including ballistic missiles and chemical warfare. Pyongyang facilitated the construction of a Syrian nuclear reactor that was destroyed, by Israel, in 2007.

In November 2019, the explosive potential of Syria transcends the boundaries of the Middle East, triggering ripple effects throughout the globe. Since 2010, it has been exacerbated by the Arab Tsunami, which has further destabilized the inherently unpredictable and violent Syria and the Middle East. Thus, the pro-Russia, pro-Iran, pro-North Korea and anti-US Damascus – which provided safe haven to Nazi war criminals – has become a global epicenter of proliferation of anti-US global terrorism and drug trafficking.

The endemically turbulent reality of Syria, in particular, and the Middle East, in general, highlight the self-destructive nature of the attempts to get Israel off the Golan Heights, the potential damage to US interests, and the prospective setback to the survival of the pro-US Arab regimes.

An agreement concluded with Damascus can be no less tenuous than the policies of the transient, rogue regime which signs them (would you buy a used car from Assad?!).
The politically-correct assumptions that “a state of peace was the best security arrangement…. the end of occupation would eliminate the motivation to wage wars, and Syria’s record of keeping its commitments was excellent…. (ibid. page 169)” clash with reality, ignoring the rogue and non-compliant nature of Syria as demonstrated by its systematic violation of agreements, domestically and regionally.

For example, since 1953, Syria has violated all water supply agreements with Jordan (from the Yarmouk River).  Notwithstanding the official state of peace with Jordan, Syria invaded Jordan in 1970, threatened to invade again in 1980 and 1989, and periodically supports anti-Hashemite subversion and terrorism.

For 30 years (1976-2006), Syria has violated a series of international and intra-Arab commitments to evacuate Lebanon, until it was forced to withdraw by domestic and international factors.

Israel’s control of the Golan Heights, just like its control of the mountain ridges of Judea and Samaria, has bolstered Israel’s posture of deterrence, extending the strategic hand of the US, with no need for additional US soldiers.  Israel’s retreat from the Golan Heights would erode its posture of deterrence, relegating the Jewish State from a national security producer/asset to a national security consumer/liability, to the detriment of the US. 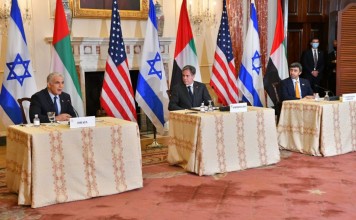 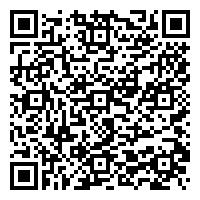