Prime Minister Naftali Bennett on Sunday congratulated his ministers and staff at the start of his weekly Cabinet meeting, announcing: “Today we are marking one year since the national salvation government was established. It seems to me that whoever is honest with himself will admit that this is the best government the country has had, which rests on one of the most difficult coalitions that the Knesset has known.”

Perhaps. But one thing is clear, as was reported Sunday morning by Mashrokit, an advertising agency in Modi’in-Maccabim-Re’ut, Bennett received many more entries on the Hebrew-language website of Wikipedia than did his bitter rival, opposition leader Benjamin Netanyahu.

Incumbent Prime Minister Bennett is leading the long list of Israeli dignitaries with over 617,000 entries to his Wikipedia page, while opposition leader Netanyahu took second place with 400,000 entries.

In the top ten are 6 coalition members, including Edith Silman who is kind of a rogue MK, and 4 members of the opposition.

The MK about him Israelis are the least curious is Ya’akov Tessler of United Torah Judaism, with only 2,513 inquiries. 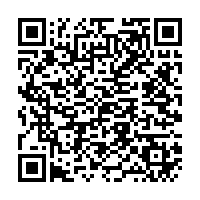