The government, led by Prime Minister Naftali Bennett, unanimously approved on Sunday Israel’s entry into the Creative Europe program, which is the main program for the promotion of culture in the European Union.

The program will provide financial support to Israeli artists who collaborate in the field of culture with artists from European countries that are members of the program, to promote the world of culture at the international level.

The program excludes Israeli artists living in Judea and Samaria, the Golan Heights, and eastern Jerusalem.

The government said that joining the program is “a significant step in promoting cooperation with Europe. Israel’s accession to the program will open up a new opportunity for Israeli artists and creators who will receive support to promote their work at the local and international levels.”

The government claimed that as has been the practice since 2014 with any of Israel’s agreements with the European Union, a document will be added to Israel’s entry agreement that emphasizes that Israel does not agree with the EU’s position regarding its exclusion of Judea and Samaria.

In addition, the Ministry of Culture and Sports will establish a support mechanism for those who will not be able to receive support from Creative Europe.

The budget for Israel’s entry into the program includes an annual entrance fee of 1,676,000 euros to be divided between the partner ministries in the program.

Minister of Culture and Sports Hilli Tropper welcomed Israel’s joining of the program, which he said “will open new opportunities for Israeli artists and creators for support and cooperation. This is an important addition to Israeli culture and I believe it will contribute to the development and prosperity of Israeli art.”

In February 2017, the government was set to discuss Israel’s joining of the fund, but Culture and Sports Minister Miri Regev subsequently withdrew the motion after learning that Israeli artists in Judea and Samaria would be excluded from the program.

Head of the Samaria Council Yossi Dagan attacked the decision, saying that joining the fund “is a slap in the face to the country’s citizens and filmmakers” who live in the excluded areas.

“I demand that the Israeli government cancel this decision and announce that it will not sign with any country in the world or with the EU an agreement that shames the State of Israel, undermines its sovereignty, and discriminates against and excludes the creators of culture and cinema who are citizens of the state,” said Dagan.

Dagan also referred to the claim that the previous government also signed a similar agreement with the EU that excluded the residents of Judea and Samaria, and said that “the fact that previous governments did similar things is not an excuse or an answer. This government is responsible to those who voted for it and also to people like me who did not vote for it.”

In 2014, Israel joined the “Horizon 2020” program when Bennett was the Minister of Economy and Benjamin Netanyahu was the Prime Minister – Israel agreed to the territorial clause and dealt with the inequality through an indemnity mechanism.

“It is time to stop using unrelated excuses, this government is responsible while it is in power, and any decent person will agree that it must not sign discriminatory agreements that shame the State of Israel,” he concluded. 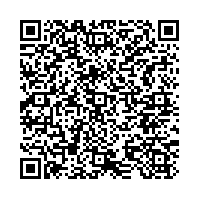