Knesset Finance Committee Chairman MK Alex Kushnir (Israel Beiteinu) announced early Thursday morning that the committee had approved the budget law in preparation for submitting it to a second and third reading in the plenum.

“We went through a very significant process,” Kushnir said, reminding everyone that “the last budget that was passed here was in March 2018” – a jab at the Netanyahu government. Kushnir added that the new budget has “a lot of good news and a Consolidation Act with historical reforms.”


The Finance Committee approved overnight Thursday the state budget laws for 2021 and 2022, which will now go to a vote in the second and third reading at the Knesset plenum.

During the committee’s deliberations, the opposition submitted some 30,000 reservations, which were discussed for about six hours, so Chairman Kushnir asked for compound votes on those reservations, seeing as spending even one minute on each reservation would have taken a little over 20 days without breaks for food or sleep. The opposition said the chairman was being brutal, predatory, and without precedence, and refused the offer. But then the coalition offered to transfer some NIS 50 million ($15.6 million) in 2021, and about NIS 41 million ($12.8 million) in 2022 to satisfy the budget requests of opposition members and that did the trick.

So nice to know that politicians in Israel can still be bought, and relatively cheap, too.

At this point, few in Israel doubt that the Knesset will pass the biannual budget, which would mean that the Lapid-Bennett government will survive through the date when Prime Minister Naftali Bennett gives up his throne to Foreign Minister Yair Lapid. Will it survive the daily tumultuous crises on the inside and from without? Hey, did you read the previous graph about the surprisingly low cost of appeasing Israeli politicians? 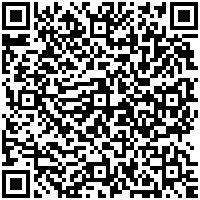