Unemployment benefits and grants for the self-employed in Israel are in danger because of next week’s imminent dispersal of the Knesset without having passed a budget.

One week before the Knesset dissolves in the absence of an approved state budget on December 23, the Likud is pessimistic about the chances of preventing new elections at the last minute. They say there have been no serious contacts with their coalition partner Blue&White, and nothing that could prevent new elections is in sight. One party official told Ma’ariv on Wednesday: “Apparently Netanyahu has decided that he prefers elections, and that is the direction in which the system is being dragged.”

As a tragic consequence of the coming dispersal, all the extra-budget, one-time corona-related grants to Israeli citizens will be canceled. That’s because, in the absence of a new budget, government ministries are funded based on a formula that takes the last approved budget from two years ago and dispenses roughly 8.3% of it each month. Since all the corona crisis-related funding is not based on the old budget, their dispensation is halted by law as soon as the elected government is downgraded to the status of a caretaker government and is no longer empowered to legislate.

Among the plans that may be scrapped are the grants for the self-employed and businesses which have been received by hundreds of thousands of Israelis. Also, the extended unemployment benefit plan, which the Knesset approved until mid-2021, is in jeopardy and it is unclear whether the government will be allowed to pay it out.

The state-guaranteed loans program to needy businesses, which is worth tens of billions of shekels, is also in danger. Also at high risk is the program of regular annual additions to civil society systems such as health and education.

The Finance Ministry and Bank of Israel Governor Amir Yaron are trying to approve a memorandum of law that has already been circulated in order to extend the validity of the state budget and allow some of these benefits to remain intact. However, if the Knesset dissolves and it is not possible to produce agreements within the coalition, or with the consent of the opposition, then these efforts would not yield the needed outcome.

Among the possible proposals for a compromise that have come up recently was the idea of ​​transferring the finance portfolio to Blue&White (the idea was rejected outright by the Likud), and transferring the justice ministry from Blue&White’s Avi Nissenkorn to Likud’s Amir Ohana (this idea was also rejected).

Meanwhile, the debate and the vote on approving the Knesset dissolution law in a first reading have been postponed to Monday, after the plenary debates had closed Wednesday without any mention of the dispersal bill.

The Likud party, which is heavily in debt for the last three election campaigns, opposes the sections added to the dispersal law which include a 10% reduction in party funding and demand transparency in election propaganda. The latter part means that parties would no longer be permitted to use proxies to deliver their messages – all election-related messages online and in SMSs must be signed by the person who generated them.

In any case, even if the dispersal law is put to a vote on Monday and is not approved by three plenum readings, the Knesset would automatically dissolve next Wednesday, December 23, due to the Netanyahu government’s failure to present a state budget – unless a last-minute compromise is found between the Likud and Blue&White.

On Tuesday, Coalition Chairman MK Mickey Zohar of Likud proclaimed in the plenary to the Blue and White members: “It’s not too late. The election can be prevented. We can still sit and talk and reach an agreement so that we are not dragged into another election campaign. It’s up to you and your leader.”

You’ll notice that no one in Likud is going to this new election, they’re all being dragged into it. More work for dry-cleaners. 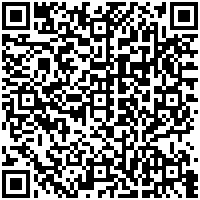