MK Moti Yogev (Habayit Hayehudi) last week submitted to the Knesset a bill titled The Governing Act which regulates the relationship between the Supreme Court and the Knesset. According to the bill’s author, Attorney Attorney Uri Zipori, head of the legal desk at the Derech Chayim movement, the bill came in response to the court’s indefatigable efforts to impose its own constitution on the country, which has resulted in a widespread loss of popular support to the court.

The Governing Act, endorsed by 16 coalition MKs, endeavors to “clarify in no uncertain terms, as a Basic Law: the Judiciary, that the Supreme Court does not have the power to revoke a law. In the absence of a complete constitution, the power to legislate was given to the Knesset, as the representative of the public, while the role of the court is strictly in interpreting and applying the laws in specific cases brought before the court.


The explanatory notes that accompany the bill describe the judicial revolution that was carried out by the Aharon Barak court, using the 1992 Basic Law: Human Dignity and Liberty.

“The Supreme Court turned the tables upside down, when it ruled that it has the power to nullify a law which violates the terms of the [Basic Law: Human Dignity and Liberty], despite the fact that such a power had never been granted explicitly to the court by law,” say the bill’s notes, pointing out that “to this day the Supreme Court has nullified 14 laws, thus preventing the Knesset from implementing the will of the people as it was expressed in democratic elections.”

The bill’s sponsors also claim that the Barak constitutional revolution “disrupted the delicate balance between the legislative and judicial branches.” 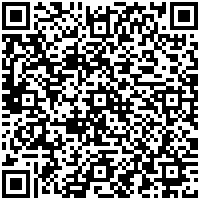