The defense establishment officials issued the warning at a closed-door hearing of the temporary Knesset Foreign Affairs and Defense Committee headed by Likud MK and former IDF Chief of Staff Yoav Galant.

According to the report, the officials voiced – individually and together – a pessimistic forecast regarding the current wave of terror that began this past March during the Islamic holy month of Ramadan.

Shortly thereafter, the IDF and other security establishments began Operation “Break the Wave,” a concerted military effort to prevent terror attacks emanating from the Palestinian Authority territories. The operation, which continues to the present, has “deeply concerned” Biden Administration officials in the United States who are being pressured by the Palestinian Authority leadership to force Israel to end the activity.

“The expectation is for an increase in the scope of the attacks and an escalation in the quality of the attacks that will come from Judea and Samaria,” defense officials said.

The warning comes less than a week after two Israelis were killed, and 18 others were wounded in a set of nearly simultaneous twin terror attacks at separate bus stations in Jerusalem.

Both the IDF and the Shin Bet said in their assessments that the current wave of terrorism is on the rise – and getting worse.

At the same time, the defense officials urged the Knesset to strengthen the Palestinian Authority government in Ramallah as much as possible, to prevent the Iranian-backed Hamas and Palestinian Islamic Jihad terrorist organizations from seizing control over the territories.

However, attempting to improve the economic and civilian lives of average Palestinian Authority citizens while fighting terrorism from the same areas would appear to be an exercise in contradiction, since it is the Ramallah government that is responsible for the terror emanating from its territory. 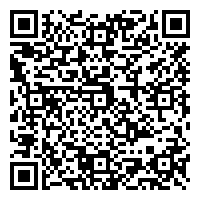