The Knesset Committee on the Status of Women and Gender Equality, chaired by MK Oded Forer (Yisrael Beitenu – not a woman ), on Tuesday held a debate on “Firearms in the civilian sphere and their effect on the personal security of women during the corona pandemic.”

Chairman Forer said the illegal firearms problem is the easiest to handle. In Israel, there are currently some 400,000 illegal firearms, which are used in the murder of women and in other acts of violence.


Some 60% of Israel’s Arab citizens said they have no sense of personal security at weddings and other events and places. “The treatment should not be one-dimensional,” Chairman Forer said. “If a man is prosecuted for possessing an illegal firearm and receives a very light sentence, then there is no incentive. I submitted legislation determining that the punishment for offenses involving illegal firearms should be doubled so that the maximum sentences for manufacturing and selling firearms can reach 30 years.” Another bill, Forer said, states that in a case involving an illegal firearm, the judge will be obligated to sentence the offender to at least a third of the maximum punishment.

“These illegal weapons harm the national security of the State of Israel, and this must be one of the main challenges of the Public Security Ministry and the Justice Ministry,” Forer said.

MK Iman Khatib-Yasin (Joint Arab List), who was one of the committee members who initiated the debate, said she was dedicating it to Sharifa Abu Muammar, a 30-year-old Arab schoolteacher who was shot to death earlier this month in the central city of Ramle by a family entangled in a feud with her own family.

“Behind the statistics, there are stories and lives that ended prematurely,” MK Khatib-Yasin said. “Great efforts are being made by the police and the government, but when it comes to the results test, we are failing. Not enough has been done, and there are solutions. All the government ministries should be recruited to change legislation, increase punishment, and continuously collect firearms.”

MK Tehila Friedman (Blue & White) said that according to data gathered by the Knesset’s Women’s Caucus, an additional 120,000 people became gun owners over the past few years. And over the past year, 12 women have been murdered by their spouses, and in half of the cases, firearms were used. The figures were similar in the previous year. “Certainly, during the corona pandemic, the pressure cooker is boiling and the danger is clear and immediate,” MK Friedman said.

MK Sondos Saleh (Joint Arab List), speaking via Zoom, said there are more than 400,000 illegal weapons in the public sphere. “The figures call for an immediate examination of the procedures of the police or the army regarding the ‘loss of a weapon.’ It apparently repeats itself because the punishment is not becoming more severe,” she said.

“Why is there no supervision and monitoring of firearms? Why are investigations not opened when a loss of a weapon is reported? What is the punishment?” MK Saleh inquired.

Amir Klein of the Public Security Ministry said the ministry had asked local authorities to collect illegal firearms. He said that in the most recent operation to collect firearms, in 2019, 284 weapons were collected.

Ayelet Orenstein, head of the Victims of Crime Division in the Public Security Ministry, noted that nine women have been murdered in 2020 with a firearm – three of the guns were registered and six were not. “From January to August 2020, 937 firearms were confiscated, in addition to hundreds of other weapons,” she said, adding that in a recent voluntary firearms collection drive, 86 rifles and guns were returned, as well as 40 grenades.

Committee Chairman MK Forer summed up the meeting and said, “Most of the women were murdered with an illegal firearm, and it should not have been there in the first place. Had the state done what it is supposed to do, perhaps [that would not have happened]… We ask that the connection between the Ministry of Labor, Social Affairs and Social Services and the Firearm Licensing Department be tightened. Every report on domestic violence must be transferred to the Firearm Licensing Department so that it will revoke the license.”

MK Forer said the Israeli Government “has, for a long time, been ignoring the issue of illegal firearms, a phenomenon that poses a threat to the country’s national security.” 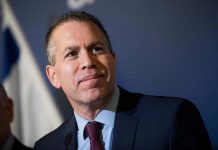 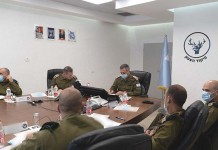