“The government is chattering away and not making any progress on the issue of the export of medical cannabis,” said Chair of the Internal Affairs and Environment Committee, MK Yoav Kisch (Likud) at a Monday meeting on a bill to amend the Dangerous Drugs Ordinance – medical cannabis export permit.

“If the government does not convene in the near future to formulate an agreed upon outline of a plan to enable export, a group of MKs under my direction will promote legislation that will facilitate this,” MK Kisch warned, adding, “It’s a shame that due to something that is not even a topic of dispute between the government ministries, export is being delayed and this economic window of opportunity, which could introduce a new and unique field into Israeli agriculture, is steadily narrowing before our very eyes.”

At the meeting, it emerged that the obstruction lies in the position of the Ministry of Public Security. Yoel Hadar, legal counsel for the ministry, said that “in view of the number of permanent positions that were allocated to the police for the change in the medical cannabis cultivation market, we requested to limit the number of cultivation farms to 50. My lawyer colleagues are of the opinion that if you receive a quota, then this is a limited resource that must be divided equally, like a tender.”

“Consequently, a problem has seemingly ensued,” the counsel said. “We met with the Deputy Attorney General, Dina Zilber. She established that quotas may be implemented in an egalitarian manner. Now we are negotiating with the Ministry of Health. The Ministry of Finance informed us that if we do not reach an agreement by the end of the month, there will be no export, and they will take back the money that we have been allocated for supervisory purposes, and everything will be stalled.”

Aharon Lutzky, of Tikun Olam Medical Cannabis, noted, “We provide medical cannabis to 13,000 patients. Israel has won admiration worldwide. It’s absurd that there has been no benefit from Israeli know-how for such a long time. In the meantime, more and more countries around the globe are developing in this field and will enter the market in our stead. It is ridiculous to talk about the fear of seepage into the black market.”

“Israel is the world’s record-holder in illegal recreational cannabis use,” Lutzky noted. “There are about a million users, which does not even compare to the 30,000 people treated with medical cannabis. There is illegal cultivation or smuggling in large volumes, but there’s no seepage from farms into the black market. They are closely supervised by the police.”

Yuval Landschaft, Director of the Medical Cannabis Unit of the Ministry of Health, remarked that “we have something that the world doesn’t have. Everyone understands the huge potential. There are differences of opinion between all the government ministries involved and the Ministry of Public Security, which seeks a certain restriction.”

Eitan Kuperstoch, of the Ministry of Economy and Industry, commented that “an inter-ministerial team convened a meeting. We reached an outline of a plan. We discussed every aspect. There is nothing perfect. We reached a decision and there was only opposition from the Ministry of Public Security. Within the framework of export there is also supervision, including supervision over seepage into the black market. We have signed an international treaty and there is also the Drugs Ordinance. This is good reinforcement. No country will buy from us if seepage into the black market in Israel is not closely monitored. There will be no unlicensed export, and consequently, there is no reason to change the law.” 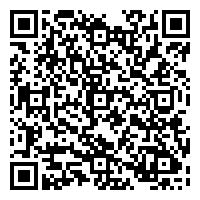