Yesh Atid chairman, MK Yair Lapid, who will serve as a witness for the prosecution against Netanyahu, should the prime minister be indicted based on Tuesday’s police recommendations, on Wednesday responded to the political drama gripping Israel, saying, “In a properly run country, a person against whom such heavy accusations are levied can’t continue to serve as prime minister.”

MK Yoav Kisch (Likud) tweeted in response: “The hallucinatory situation is that the key witness [against Netanyahu] is Yair Lapid – a contemporary political rival who is trying to replace the prime minister.”

That’s some conflict of interest, indeed, which should be raised by the PM’s attorneys should his cases go to trial. Kisch’s tweet then asserted: “But only the Attorney general can make a decision on filing an indictment.”

Late into the night Tuesday, and then through the day Wednesday, Israeli politicians as well as media folks and thousands of rank and file Israelis took the fight over Netanyahu’s future to the social networks, following the example of the PM himself, who faced the nation on television and reminded it of his stellar record as warrior, diplomat and political leader, and cut deep into the police cases to expose inconsistencies and errors.

This is the second prime minister in a row to become entangled in corruption charges, the first one, Ehud Olmert (Kadima) ended up serving time.

Former Likud minister and next PM wannabe Gideon Sa’ar tweeted (responsibly): “The Attorney General is by law the sole authority to make a decision on the case of the Prime Minister, who does a difficult and complex job, and should be allowed to carry it out for the benefit of the state. It would be appropriate to avoid pressures—driven by political interests—on the AG.”

Former Prime Minister Ehud Barak, who also harbors ambitions to move into Netanyahu’s residence in Jerusalem, tweeted: “The depth of the corruption that has been exposed – frightening. Netanyahu must recuse himself.”

“”It is a difficult evening for Netanyahu’s supporters, and I am not one of his supporters, there’s a deep dispute between us,” she tweeted, adding, “But even this debate has to be conducted between clean-handed people. A recusal is required here, and since Netanyahu will not do it himself, I call on his partners to do so.”

Not any time soon, apparently, judging by a statement by MK Uri Maklev (United Torah Judaism) in response to the police recommendations: “Despite the harsh recommendations, it is impossible to ignore the fact that the investigation was conducted against the backdrop of political and personal persecution. The investigation was polluted throughout, and therefore it must be treated in its true proportions.”

Ehud Olmert, who served as prime minister from April 14, 2006 to March 31, 2009, was accused of corruption from day one. On July 30, 2008, Olmert announced that he would not seek re-election as party leader and would resign from his post as prime minister immediately after a new Kadima leader was named. Tzipi Livni succeeded him failed to form a new government, which generated an election in February 2009. After failing once again to form a coalition government, President Shimon Peres turned to Benjamin Netanyahu, who took power on March 31, 2009.

On August 30, 2009, Olmert was indicted on fraud, breach of trust, falsifying corporate documents, and tax evasion. In July 2012, he was convicted on one count of “breach of trust” and acquitted on two fraud counts. In March 2014, he was convicted of bribery, and on February 16, 2016, began serving a 19-months sentence in Maasiyahu Prison. He was released on July 2, 2017, after spending 16 and a half months in prison. 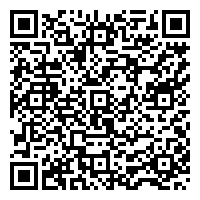